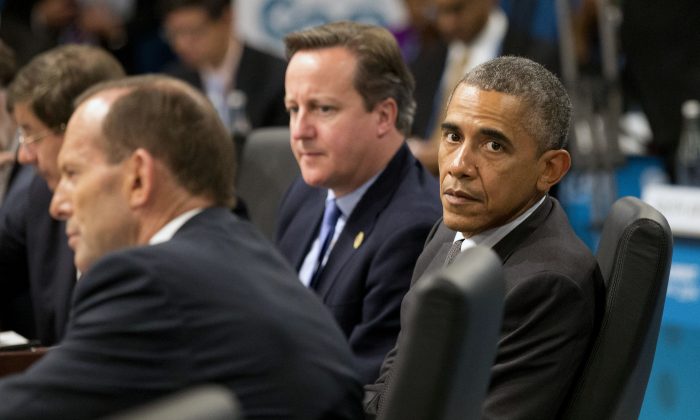 WASHINGTON (AP) — President Barack Obama is poised to act soon to unveil a series of executive actions on immigration that will shield possibly around 5 million immigrants living in the country illegally from deportation, according to advocates in touch with the White House.

The estimate includes extending deportation protections to parents and spouses of U.S. citizens and permanent residents who have been in the country for some years. The president is also likely to expand his 2-year-old program that protects young immigrants from deportation.

Timing of the announcement is unclear, though it’s expected before the end of the year. White House Press Secretary Josh Earnest said Obama would review final recommendations after returning from his Asia trip next week.

Congressional Republicans are strongly opposed to Obama’s plans, and as lawmakers returned to Capitol Hill this week following midterm elections in which the GOP retook the Senate, they vowed to oppose him.

“We’re going to fight the president tooth and nail if he continues down this path. This is the wrong way to govern. This is exactly what the American people said on Election Day they didn’t want,” House Speaker John Boehner, R-Ohio, said Thursday. “And so, all the options are on the table.”

Some conservatives in the House and Senate announced plans to push for language in must-pass spending bills to block the president from acting. But other Republicans warned that such a push could result in another government shutdown like the one last year over Obama’s health care plan.

“My sense is that the vast majority of us want to do everything we can to stop it, but also want to avoid outcomes that would prove bad for the country as a whole,” said Sen. Marco Rubio, R-Fla. It wasn’t clear, though, what other options Republicans had.

“I would advise that if in fact they want to take a different approach, rather than devote a lot of time trying to constrain my lawful actions as the chief executive of the U.S. government in charge of enforcing ourimmigrations laws, that they spend some time passing a bill,” he said during a news conference in Yangon, Myanmar.

The immigration advocates, who spoke on condition of anonymity ahead of a public announcement, said that final details of the plan remained in flux. But the White House is likely to include parents and spouses of U.S. citizens and permanent residents, stipulating that they’ve resided in the U.S. for some period of time — possibly as little as five years. That group totals around 3.8 million people, according to the Migration Policy Institute.

Although Obama is not able to grant citizenship or permanent resident green cards on his own without Congress, he can offer temporary protection from deportation along with work authorization, as he has done in the past.

Adjustments also are expected to the existing Deferred Action for Childhood Arrivals program that allowedimmigrants under 31 who had arrived before June 2007 to apply for a reprieve from deportation and a work permit. More than 600,000 young immigrants have been shielded from deportation to date under the program. Removing the upper age limit so that applicants don’t have to be under 31 — one option under consideration — would make an additional 200,000 people eligible.

There may also be tweaks to business visa programs to speed up visas or make more available for high-tech workers or others.

Changes are also expected on the law enforcement side, including to a controversial program called Secure Communities that hands over people booked for local crimes to federal immigration authorities. A former administration official with knowledge of the plans said the Secure Communities program would be eliminated or at least renamed, although some of the concepts would remain. Priorities for immigrants to be picked up by immigration authorities will also be revised to eliminate some of the less serious conduct that previously would have caused someone to be detained, said the former official, who spoke on condition of anonymity to disclose private details.

In an interview on CBS’ “Face The Nation” Sunday, Obama said he would prefer to sign comprehensiveimmigration legislation like the bill passed last year by the Senate. But absent that, “I am going to do what I can do through executive action.” He said the Homeland Security Department is “deporting people who don’t need to be deported.”

Advocates are gearing up to embrace the long-sought changes, which Obama has delayed twice, most recently under pressure from Senate Democrats concerned about the midterm elections. At the same time they intend to keep pushing for wider protections and a legislative solution.

“This is definitely a step in the right direction and we would still encourage the administration to go even bigger than the estimated 5 million,” said Kica Matos, of the Fair Immigration Reform Movement. “This is a temporary fix and Republicans need to understand that the immigrant rights movement intends to wage a ferocious fight until we have permanent solution and that is through legislation.”