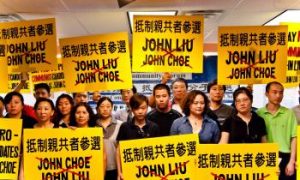 Chinese, Korean Communities in NY Call for Boycott of Comptroller Candidate
0
US

Wealthy Chinese Immigrants On the Rise

Those in the market to immigrate from China are not only choosing the U.S. as a priority destination, but Canada and Australia as well: two countries that have flexible immigration policies and are home to thriving Chinese communities, as reported on May 22 in the Economic Observer. The advantage of their settling into the established communities makes assimilation into mainstream society much easier for the newcomers.

Chinese are immigrating for a variety of reasons, including educational opportunities for children, the search for a sense of security or a new style of life. Moreover, worrying about the growing rich-bashing posturing in China, with the country’s ever-widening, disparate gap between the rich and the poor has triggered concern that the day will come when the trend for “even distribution of wealth” will resurface and be enforced.

Statistics from the Beijing Entry and Exit Service Association verify that investment immigration is once again on the rise in China. Chinese immigrants coming to the U.S. on an EB-5 investor visa has seen over a 100 percent increase, from 500 people in 2008 to over 1000 people in 2009, indicating that increasing numbers of Chinese immigrants are relocating to the U.S.

Forty-four-year old Mr. Li started his construction business from scratch when he was young. His current assets amount to over 300 million yuan (approximately US$44 million), and include a mixing plant in Shandong province, a 53,820 square-footage commercial plaza, and various small digital product companies.

Two years ago, he sent his elder 17-year-old son to a high school in Toronto. After visiting his son there and experiencing the Canadian way of life and environment, he began to seriously consider immigration.

It was the instability of China’s investment environment that helped Li to make up his mind to immigrate. Chinese people constantly questioning the “original sin” of being rich (wealth was once considered antithetical to communist doctrine), and the accompanying hate-mongering in recent times had filled him with a sense of insecurity.

Li told the Economic Observer, “I have made this choice for three reasons. First of all, China’s investment policies are terrible; one cannot invest in one’s own choices, and what one is obliged to invest in is not profitable. Second, tax rates are too high. Third, there is such a huge gap between the rich and poor now, that perhaps someday they’ll want to enforce ‘even distribution of wealth’ again.” He has already purchased a 5,382 square-footage villa in Toronto. He added, “I don’t expect to expand my business in China, unless great opportunities come up.”

Smaller nations, such as the Federation of St. Kitts and Nevis, are also promoting immigration potential to wealthy Chinese.

Forty-eight-year-old Liu Qingshan of Shanghai owns a glass product company that has 200 employees. The company has assets in the hundreds of millions. However, as far as Liu is concerned, compared to Shanghai’s hazy skies, throngs of people, traffic congestion, air pollution and high-rise buildings, he prefers the leisurely quality of beach life along the Caribbean.

Liu told the Economic Observer, “Our generation has always been taught to contribute to our society and the country. I was born into a poor family and was pressured with studies as a student. When I became older, I had to be cautious around my boss. After starting my own business, I was so stressed out because I had to be responsible for hundreds of employees. I also had to wine and dine customers to build good business relationships. Though I did earn some money, it was at the expense of my health.”

Liu has wanted to immigrate for many years, and it appears that his dream is finally about to come true.