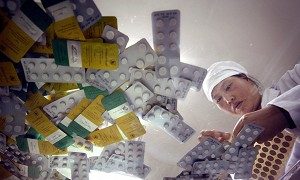 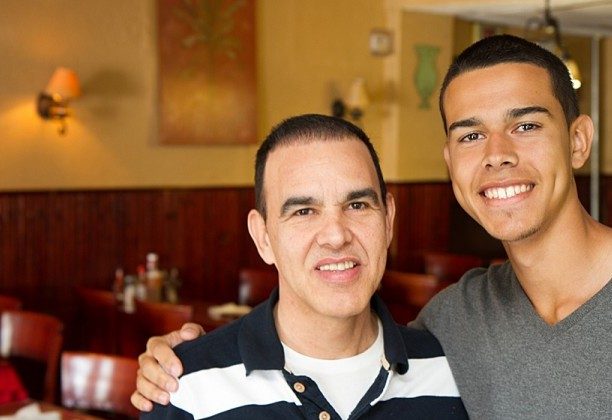 Immigrant Entrepreneurs Lean on the Familiar

NEW YORK—Foreign-born business owners account for nearly half of all small businesses in a city where the total number of immigrants is more than 3 million.

While there are many government resources available to would-be entrepreneurs, most still rely on family and friends for most financing and other forms of support.

Olivo comes from a family of business owners in the Dominican Republic. He first bought one restaurant, also in Brooklyn, and sold it for a profit, then bought one in Manhattan, which he ended up selling for a loss. After working for others for a time, he then bought his cousin’s restaurant in 1987, which he currently owns.

Financing came from within the family.

Easier to Borrow From Friends and Family

“The idea about them that I have is it’s not easy to get the money so I haven’t tried,” said Olivo, noting that there seem to be a lot of requirements. “If you have some friends or family that you can borrow the money from, it would be easier.”

Two blocks south, Sammy Herbawi, from Palestine, had also borrowed money from family more than two decades ago to start his establishment, “The Marketplace.”

“That’s the best way,” he said. “I never looked for a different way.”

Although Herbawi has friends who own businesses, none of them had ever heard of any support services available.

Amy Besa, originally from the Philippines, has authored an award-winning cookbook and owned two successful restaurants in the city. She spoke at a forum Monday, Bolstering Immigrant and Minority Entrepreneurs in Brooklyn. One of the first things she pointed out was how important it is to know English, both for business and for obtaining help from organizations and agencies.

“It’s not only someone that speaks Spanish, or Chinese, it’s someone that understands the fear of that person in front of you at the table,” she said. That fear includes struggling to pay the bills and of government itself, for those from some cultures in which officials take bribes more often than providing assistance to entrepreneurs.

Olivo and Herbawi, the previously mentioned business owners, are not alone in not relying on government help.

In February, a survey of 625 found that 92 percent of immigrant business owners surveyed “started and sustain their businesses without outside help with financing, counseling, marketing, or applying for licenses and permits,” according to ACCION USA and the Fund for Public Advocacy, which released the report. Yet 80 percent of these business owners wanted more information about helpful programs. Seven out of ten of those that did use the services found them helpful.

The city government has created new programs aimed at better serving immigrant entrepreneurs, such as the business plan Competition THRIVE. Yet Jonathon Bowles, executive director at the Center for an Urban Future, which organized Monday’s forum, explained that although he sees the city’s Economic Development Corporation and other agencies supporting immigrant and minority-owned businesses, the regulatory agencies “keep slapping the businesses back.”

“Unfortunately, those businesses tend to hear more from those regulatory agencies,” he added, noting the need for balance.

As recommended in Bowles’s 2009 report on the subject, community agencies, often more versed in community and cultural inner workings, are a key go-between for immigrants and the support agencies.

“The resources that [the solution centers] pull together, digital and otherwise, are amazing. However those resources are never going to reach all the diverse immigrant communities in the city without groups taking those resources into those communities who aren’t the solution centers,” said Nancy Carin, executive director of the Business Outreach Center Network and forum speaker. “There are a lot of reasons why, and part of the reason is that … some immigrant businesses need a lot of hand-holding and technical assistance, and we need to learn their businesses. If we’re really going to help a business, we need to know a business.”

For Olivo the restaurant owner, it’s a case of work ethic.

“This kind of business is really hard,” he said. “You’ve got to work hard and be here. I began working 16 hours a day, seven days a week for two years. Three years straight with no days off.”

Then, he smiled, adding, “After you pay off your debt, you can take it easy—it’s a little bit more relaxing.”