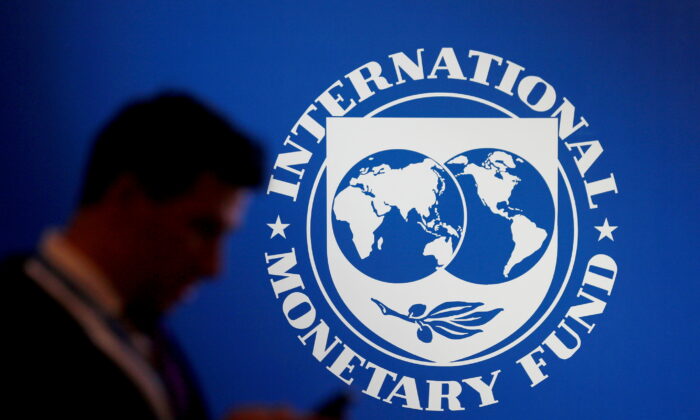 The International Monetary Fund (IMF) has warned of interest rate risks with regard to the growing mountain of global debt, which jumped to a record $226 trillion in 2020 as governments unleashed unprecedented waves of stimulus spending to blunt the effects of the COVID-19 pandemic recession.

IMF officials stated in a Dec. 15 blog post that 2020 saw the largest one-year debt surge in recorded history, as central banks eased monetary conditions and governments, households, and businesses borrowed a total of $28 trillion, with the borrowing spree pushing the debt-to-gross-domestic-product ratio to 256 percent.

Loose monetary conditions combined with fiscal stimulus and pandemic-related supply-side disruptions have pushed inflation in a number of countries to multi-decade highs. In the United States, consumer prices in November surged at their fastest annual pace in 39 years.

Surging inflation, a side effect of the stimulus-fueled economic rebound, has prompted a number of central banks to pivot toward tightening monetary conditions. The Federal Reserve decided on Dec. 15 to accelerate the pace of phasing out its massive $120 billion in monthly bond-buying, paving the way for interest rates to rise sooner.

“For consumers, the writing is on the wall that interest rates are likely to start climbing in 2022. Now is the time to be making headway on paying off high-cost credit cards, consolidating debt at lower fixed rates, and refinancing the mortgage,” Bankrate Chief Financial Analyst Greg McBride told The Epoch Times in an emailed statement.

Rising interest rates mean that borrowing costs will go up, as will debt sustainability concerns.

“As interest rates rise, fiscal policy will need to adjust, especially in countries with higher debt vulnerabilities,” the IMF team wrote. “As history shows, fiscal support will become less effective when interest rates respond—that is, higher spending (or lower taxes) will have less impact on economic activity and employment and could fuel inflation pressures.”

If global interest rates rise faster than expected and economic growth weakens, risks will be amplified, according to the IMF team.

“A significant tightening of financial conditions would heighten the pressure on the most highly indebted governments, households, and firms. If the public and private sectors are forced to deleverage simultaneously, growth prospects will suffer,” they wrote, urging governments to strike “the right balance between policy flexibility, nimble adjustment to changing circumstances, and commitment to credible and sustainable medium-term fiscal plans.”

“Such a strategy would both reduce debt vulnerabilities and facilitate the work of central banks to contain inflation,” the IMF team wrote.

Nick Reece, vice president of Macro Research and Investment Strategy at Merk Investments, told The Epoch Times in an email that the Fed wants to tighten monetary conditions in a way that doesn’t trigger financial instability, but noted that “the current swaps curve implied forward rates suggest the Fed might be on course to overtighten in ’22 and ’23 and then have to cut rates in 2025.”

The Florida Republican’s remarks came a day after a new poll showed that 69 percent of Americans disapprove of President Joe Biden’s handling of inflation.