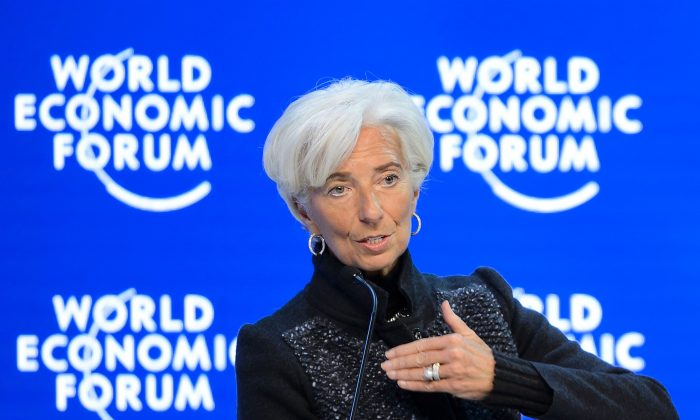 MOSCOW—The head of the International Monetary Fund warned Ukraine on Wednesday that the organization would be unable to keep supporting the country financially if it doesn’t step up its reform efforts.

Ukraine relies on funding from the IMF and international donors as it battles deep economic problems, in large part resulting from the conflict in the country’s east, which has meant the loss of much industrial capacity. The economy shrank by more than 10 percent last year.

“Without a substantial new effort to invigorate governance reforms and fight corruption, it is hard to see how the IMF-supported program can continue and be successful,” Christine Lagarde said in a statement. “Ukraine risks a return to the pattern of failed economic policies that has plagued its recent history.”

Without a substantial new effort to invigorate governance reforms and fight corruption, it is hard to see how the IMF-supported program can continue and be successful.
— Christine Lagarde, managing director, IMF

Lagarde also called on the government to cut “the influence of vested interests in policymaking.”

Ukraine is still waiting for the IMF to provide an installment of funding that has been delayed since October amid disputes over the budget.

Ukrainian President Petro Poroshenko spoke to Lagarde by telephone on Wednesday and promised that Ukraine would continue reforms despite current tensions between his government and the parliament, according to a statement from his office.

Poroshenko and Lagarde “agreed to elaborate a roadmap of the top-priority reforms that will give a boost to Ukraine-IMF relations,” the statement said.

Last week, Ukrainian Economy Minister Aivaras Abromavicius resigned, saying his reform efforts had been blocked by government colleagues and that corrupt figures were trying to gain control of state funds.

The IMF last year agreed to provide a total of $17.5 billion in loans to Ukraine to prop up its fragile economy, as part of a total $40 billion package from various international sources and debt renegotiation. The conditions for the IMF aid include sharp spending cuts.