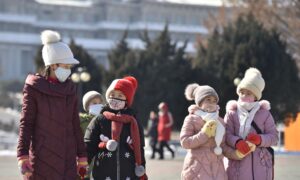 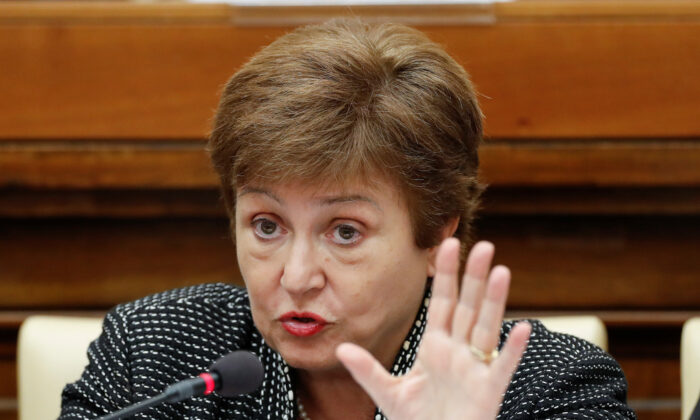 'There may be a cut that we are still hoping would be in the 0.1-0.2 percentage space,' said Kristalina Georgieva
By Tom Ozimek
FONT BFONT SText size
Print

The head of the International Monetary Fund (IMF) told the Global Women’s Forum in Dubai on Sunday that the coronavirus outbreak could hurt the global economy in 2020.

Speaking about the potential economic toll the virus could exact, Kristalina Georgieva said “there is still a great deal of uncertainty,” reported AFP.

“There may be a cut that we are still hoping would be in the 0.1-0.2 percentage space,” the IMF Managing Director said, adding that it was too early for more committed estimates.

“I advise everybody not to jump to premature conclusions. There is still a great deal of uncertainty. We operate with scenarios, not yet with projections, ask me in 10 days,” Georgieva said.

Still, she suggested some level of economic impact was unavoidable.

“Even a month of reduction in activities inevitably would have an impact on China and some of it would be translated to the rest of the world,” Georgieva said in remarks to Bloomberg Television in Dubai. “We are still hoping that the most likely scenario would be relatively rapid containment of the virus.”

Prior to the outbreak grabbing headlines, in its January update to the World Economic Outlook, the IMF lowered its global economic growth projections in 2020 by a 0.1 percentage point to 3.3 percent.

Gita Gopinath, head of research at the IMF, said that some of the downside risks that loomed large in IMF’s October outlook had tapered.

“Some risks have partially receded with the announcement of a US-China Phase I trade deal and lower likelihood of a no-deal Brexit,” she said in a statement. “Monetary policy has continued to support growth and buoyant financial conditions. With these developments, there are now tentative signs that global growth may be stabilizing, though at subdued levels.”

Since then, with attention galvanized by the epidemic, fears have mounted that as Chinese cities go into lockdown and countries impose restrictions, the economic impact of the new coronavirus could be far-reaching.

“We need to recognize there is a great deal of uncertainty around the nature of the virus, how exactly it is impacting China, would it spread beyond China,” Georgieva added.

‘Prepare for the Worst’

Speaking at the Munich Security Conference on Friday, Georgieva called on governments and central banks to take action in the face of the epidemic.

She said the next few weeks would be crucial to build up a “bottom-up” picture of the impact of the virus in China and across the globe.

“So then we can agree on synchronized, or even better, coordinated measures to protect the world economy from a more serious shock,” Georgieva told delegates. “Can we do it? Yes. Are we going to do it? I actually think that we will.”

“We are looking at data very carefully … we have to do what people in rapid response do: pray for the best and prepare for the worst,” Georgieva added.