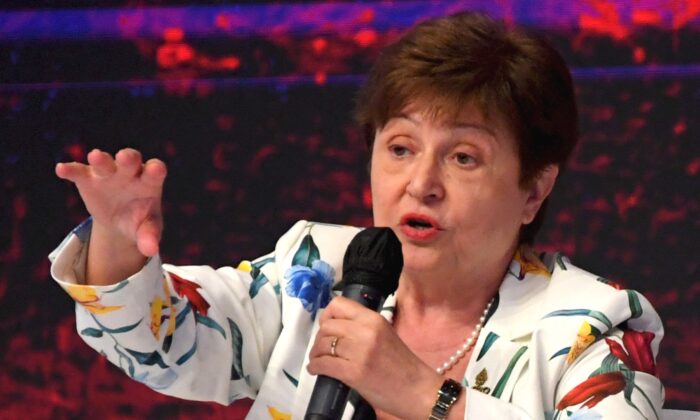 A number of countries in Europe may experience social unrest if the upcoming winter is harsh amid an economic crisis, the head of the International Monetary Fund (IMF) warned on Wednesday.

“There is certainly fear of recession in some countries, or even if it is not recession, that it would feel like recession this winter,” said Kristalina Georgieva, managing director of the IMF.

“And if Mother Nature decides not to cooperate, and the winter is actually harsh, that could lead to some social unrest,” she added.

Attending the 2022 “Michel Camdessus Central Banking Lecture” held in Washington, D.C., Georgieva pointed out that Europe is directly affected by Russia’s attack on Ukraine, saying the war has led to “horrible” economic consequences and added fuel to fears of recession in some countries.

Georgieva said the current situation meant that the European Central Bank needed to be “mindful of the necessity to keep the economy going,” while also remaining persistent in fighting broad-based inflation.

“Inflation is stubborn, it is more broad-based than we thought it would be,” Georgieva said. “And what it means is … we need central bankers to be as stubborn in fighting it as inflation has demonstrably been.”

Georgieva noted at the event that the global economy had two consecutive shocks, the COVID-19 pandemic and Russia’s attack on Ukraine, which contributed to surging prices and a cost-of-living crisis.

The disruptions in the flows of Russian gas to Europe remain the primary cause of Europe’s current energy crisis. The continent has relied upon cheap Russian energy for years to power factories, generate electricity, and heat homes.

In a blog, the IMF warned that higher oil prices were driving up all consumer prices, which could result in a wage-price spiral if these second-order effects persisted. Central bankers should respond “firmly,” the agency of the United Nations stressed.

When overall inflation is already high, as it is now, wages tend to increase in response to an oil-price shock, the IMF said, citing a study of 39 European countries. The study revealed that people were more likely to react to price increases when high inflation was visibly eroding living standards, it said, noting that the larger the second-round effects, the greater the risk of a sustained wage-price spiral.

“If large and sustained, oil price shocks could fuel persistent rises in inflation and inflation expectations, which should be countered by a monetary policy response,” the IMF said, noting that people tended to seek higher compensation for oil price rises.

However, even in a high-inflation environment, wages stabilized after a year rather than continuing to rise at a steady clip, it said.

“To the extent that central banks remain adequately vigilant, current high inflation could still cause higher compensation for the cost of living than usual, but need not morph into a sustained increase in inflation,” the IMF said.