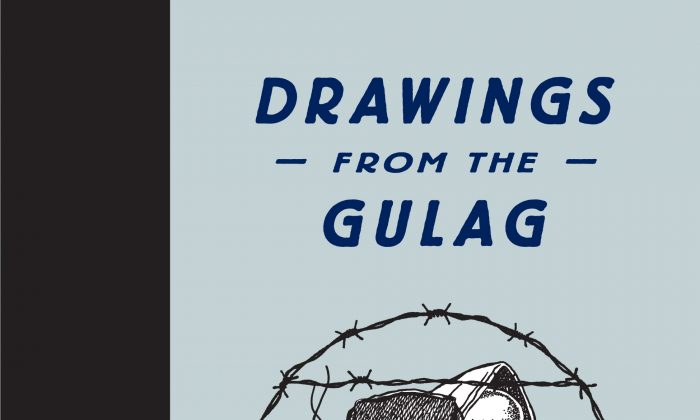 The horrors of the Soviet gulag system have been well-documented by steadfast survivors and discerning historians. Aleksandr Solzhenitsyn’s “The Gulag Archipelago” (1973) recounted the prominent dissident’s experiences in the camps, while academic giants like Robert Conquest wrote works like “The Great Terror” (1968) at a time when many were ignorant or downplayed the scale and intensity of Soviet crimes against humanity.

Yet the atrocities—which impacted tens of millions of people—are removed from us by time and space. It’s been decades since the death of Joseph Stalin and the worst abuses of the Soviet system. Of the thousands of camps in the vast expanses of Siberia and the remote territories, only one has been preserved for public viewing.

Danzig Baldaev, who was born in the Siberian city of Ulan-Ude in 1925, was an observer well-placed to record the evils perpetrated against millions of his fellow citizens who’d been labeled “enemies of the people.”

In 1988, Baldaev finished recording his experiences, which are available in a compilation published by the U.K.-based Fuel Publishing and dedicated to the dissident Solzhenitsyn. Baldaev’s artistic style is realistically proportioned, with heavy lines and shadows that give it the feel of a contemporary graphic novel.

The book “Drawings from the Gulag” features over a hundred images, depicting executions, axe murders, cruel sexual torture, and other acts of extreme violence perpetrated by the communist regime. Baldaev provides captions that contextualize his drawings and add life to the victims and perpetrators. The brutality of the gulag is accompanied by the Stalinist slogans and propaganda that would have been a constant presence for inmates and camp administrators alike.

Baldaev’s father was an intellectual who was purged in 1938. As a result, Baldaev was orphaned and brought up to serve the Soviet state. He fought in World War II and eventually entered the gulag system—not as a victim, but as one of the enforcers. One image of Baldaev from this period in his life shows him as a stern-looking Asiatic sentry in a wintry scene, complete with a Siberian husky by his side.

As a guard and policeman, Baldaev could see much of the administrative terror and its mechanisms in detail. He secretly sketched what he saw as cryptic stick figures, decipherable only to him, and stored them away for future work. When the opportunity presented itself, he turned his diagrams into full illustrations.

In one image, a skeletal man stands before a wall bearing the slogan “Forward to communism!” Another shows an unfortunate laborer being sawed in half along with the log his sadistic fellow inmates have strapped him to.

“From the lowest zek (inmate) to the most violent tattooed vor (thief), the practices and inhabitants of the gulag system are revealed in incredible and shocking detail,” as described on Fuel’s website.

And shocking it is, to the extent that one reviewer questioned the need for the “pornographic” brutality of Baldaev’s illustrations. But in a world where the Soviet Union gave up communism without a full reckoning for its evils, and where Stalin’s rule is looked on as effective or even heroic by many, Baldaev’s uncensored level of detail—gratuitous in any other context—is sobering and necessary.

It is necessary because it is current. The tortures and maltreatment that Baldaev depicts in his drawings happened half a century ago, but for millions of political and religious prisoners held today by the Chinese and North Korean communist regimes, the gulags are very much alive.