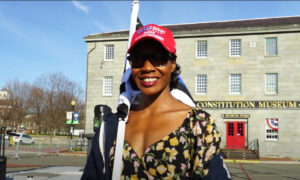 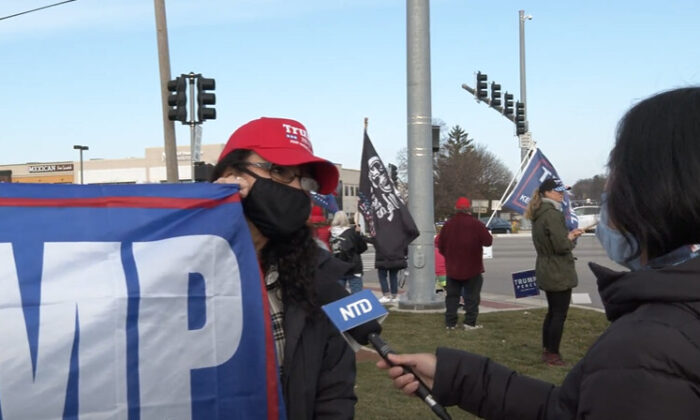 Illinois Voter: ‘You Don’t Install a President, You Elect a President’

“I think the biggest thing right now is that you don’t install a president, you elect a president,” Miles said at a Stop the Steal rally in Vernon Hills, Illinois on Nov. 21, 2020.

It was the first time she had ever participated in any kind of rally or demonstration, but she felt it was important.

“We elect the president, and it’s we the people who elect who we want in office.”

“There is a lot of social media that is censoring a lot of the things that Trump has been doing for the country,” Miles added, and she’s seen posts supporting Trump be censored as well. “We want to support our president.”

“This is ridiculous, this is not what America is about,” she said. “He’s done so much for our country, he’s done so much since the last five presidents. If you just take a look at what he’s done for the country it’s amazing, and done in such a short time.”