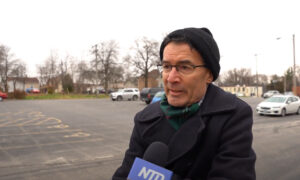 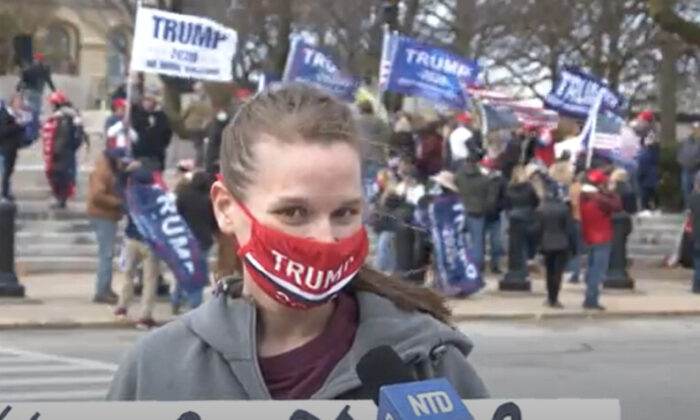 SPRINGFIELD, Ill.—Neither the weather forecast of rain nor the event cancellation notifications on social media were going to stop people from rallying for a ballot audit, in Springfield, Illinois on Nov. 14, 2020.

“Rain or shine, we were coming,” said Mackenzie Graham.

“We heard about this through emails. We’re having to find different ways to communicate with each other because they’re trying to quiet our voice. Clearly they’re failing, we’re still here, we have a big turnout, and we’re still finding ways to communicate whether it be through phone or email,” Graham said. She heard about Facebook closing the first Stop the Steal group that called for rallies last week, and saw that Eventbrite closed an event that was organized on the platform and sent out messages that it had been cancelled. “People still showed up.”

“I think we’re being tried right now. Democracy is on the line and we’re seeing a lot of intolerance in our country and we’re finally standing up and fighting for our freedoms, for our rights,” she said.

“I’m just here to stand with our president and let him know we’re here for him,” she said.

Graham says she supports President Donald Trump and the news media has been biased against him, hurting the election process.

“We saw through this election they were calling things early,” Graham said. “They tried to set the narrative that he [Trump] wasn’t going to win. I think they failed. I mean you can see now, you can see today, America is with their president.”