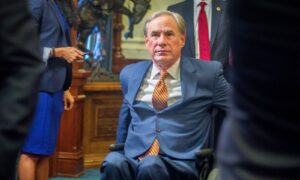 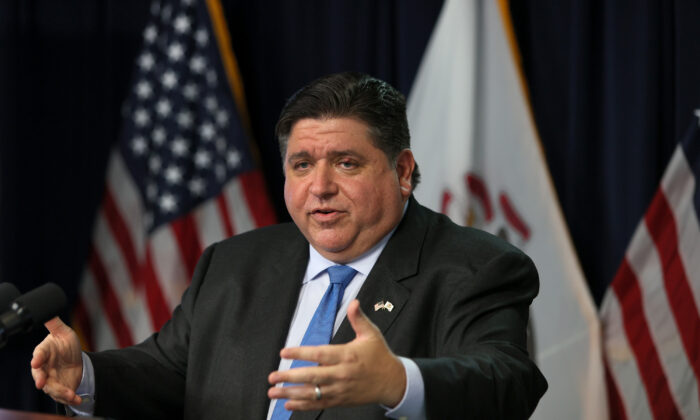 Illinois Gov. J.B. Pritzker announced a statewide mask mandate on Aug. 26 and ordered every eligible student, among other “high-risk settings,” to get vaccinated against the CCP (Chinese Communist Party) virus.

Pritzker, a Democrat, said the vaccination mandate will apply to pre-K through 12th-grade teachers and staff, higher education personnel, and students, as well as health care workers, nursing home employees, and the offices of doctors, according to a government statement.

Anyone who refuses, or is unable, to get vaccinated is required to get tested for the CCP virus “at least once per week,” Pritzker said, noting that this may get increased by the Ilinois Department of Public Health (IDPH) or the Illinois State Board of Education (ISBE) in certain situations.

The new statewide mask mandate will apply to everyone in all indoor settings who is over the age of 2, regardless of their vaccination status. The measure will go into effect on Aug. 30.

“While face coverings are not required outdoors, masks are strongly encouraged in crowded outdoor settings like festivals and concerts, as well as for activities that require close contact with people who are not vaccinated,” the statement reads.

Today, I’m announcing a series of additional vaccine requirements aimed at protecting our most vulnerable residents, unvaccinated children, and their families and the ability of hospital systems to handle the #DeltaVariant surge in Illinois. pic.twitter.com/2UNxgcPNEo

The latest policy was issued amid a resurgence of CCP virus cases, spurred largely by the Delta variant of COVID-19, and increasing reports of “breakthrough” cases in which people already vaccinated against the virus are becoming infected.

Pritzker also noted that since Aug. 1, health officials in the state have reported 27 outbreaks of the CCP virus at schools, resulting in hundreds of schools being observed for potential COVID-19 exposures.

Earlier this month, ISBE punished 37 public school districts with a total enrollment of nearly 30,000 students as of Aug. 23 for not following Pritzker’s school mask mandate, its records show.

On Aug. 23, the Pfizer-BioNTech vaccine was given full approval for use by the federal government. But the Pfizer authorization is for people ages 16 and older, not younger children.

Pritzker’s announcement also comes in the wake of Chicago Mayor Lori Lightfoot’s recent order requiring all city employees, including police and firefighters, to be vaccinated or have proof of a valid medical or religious exemption.

The policy in the third-largest U.S. city comes as numerous other municipalities, school districts, and governments across the nation grapple with masking and vaccination requirements.