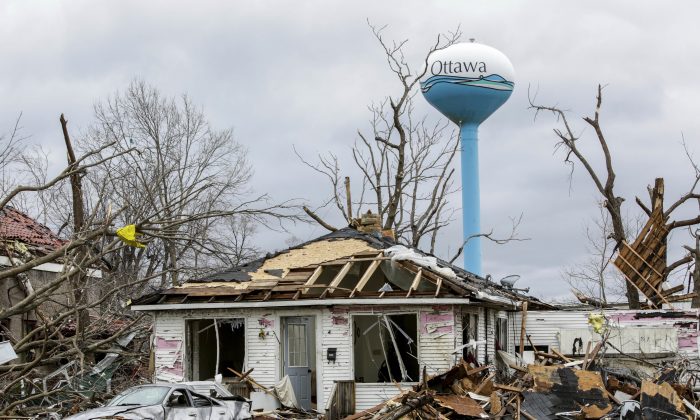 Debbie Loughridge's damaged home and car are seen among debris in Naplate, Ill., on March 1, 2017. (AP Photo/Teresa Crawford)
US

OTTAWA, Ill.—A northern Illinois man has died after being struck by a tree during powerful a Midwestern storm, raising the state’s toll to three.

Harwood says Johnson was working in a backyard with his spouse and father-in-law Tuesday when the storm uprooted a tree that landed on all three. Johnson’s 76-year-old father-in-law, Wayne Tuntland, died at the scene. Johnson’s spouse was treated and released from a hospital.

In Missouri, a 24-year-old man also died when a tornado hit his vehicle along Interstate 55.