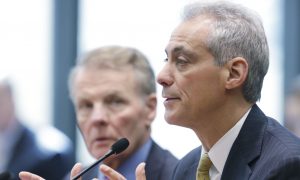 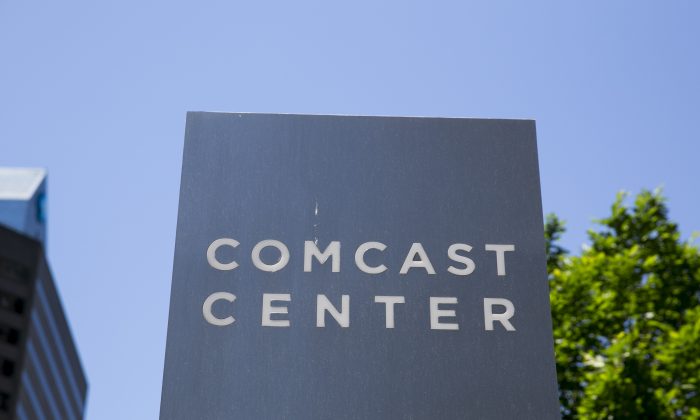 The headquarters of the Comcast Corporation in downtown Philadelphia, Pennsylvania on May 23, 2015. (Kristoffer Tripplaar/ Sipa via AP Images)
US

Potentially libelous online comments are an increasing source of concern. Commenters often hide behind the cloak of anonymity, seemingly untouchable. Don Craven, an attorney for the Illinois Press Association, said Thursday’s decision should make clear that Illinois, at least, will not tolerate such attempts at defamation.

There are folks who go through life thinking that the Internet provides permanent anonymous protection.
— Don Craven, Attorney for the Illinois Press Association

The Comcast subscriber whose name must be revealed commented on a 2011 article in the Freeport Journal Standard about Bill Hadley’s candidacy for the Stephenson County board.

“Hadley is a Sandusky waiting to be exposed. Check out the view he has of Empire (Elementary School) from his front door,” wrote the commenter, who used the online name “Fuboy.” The comment was an apparent reference to former Penn State football coach Jerry Sandusky, who was convicted of child sex abuse in 2012.

Robert Fagan, a Freeport attorney who represents the commenter, declined comment, saying he hadn’t yet spoken to his client.

Hadley, a retired Illinois Department of Corrections officer and chairman of the county board, said the decision was a relief.

“For three and a half years I’ve been trying to get the name, the identity of this person,” he said in an interview Thursday, estimating he’d spent more than $30,000 pursuing the case. “It’ll be a huge victory for me, but it’s practically broke me financially.”

The opinion was based in large part on a pair of earlier, lower-court decisions in Illinois, which held that the anonymity of someone who makes comments in response to online news stories isn’t guaranteed if their opinions are potentially libelous, according to Craven.

“There are folks who go through life thinking that the Internet provides permanent anonymous protection. This case makes clear that that’s not true,” Craven said.

News outlets themselves, though, aren’t subject to libel claims based on commenters who write on their websites, he said. Craven said he regularly advises newspapers that allow anonymous comments to make clear to readers that a court may decide their identities must be disclosed.