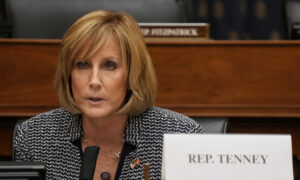 Illinois Firefighters Had to Fix Gravestones Damaged During Trump Rally

Local firefighters from Bloomington, Illinois, teamed up with volunteers to repair gravestones that had been damaged during a Donald Trump rally, where attendees ran out of normal parking space.

The Bloomington Firefighters Union told WJBC News that at least half a dozen gravestones were damaged.

“There was trash everywhere, where they had driven over numerous stones,” said firefighter John Meckley. “Fortunately, not all were damaged, but there were rows and rows and rows of headstones that were driven over.”

After someone posted a picture of the damage on an Illinois Bernie Sanders page, volunteers worked with shovels and rakes to re-level the gravestones and smoothen the ground that had been disheveled by the rally and the rain.

Approximately 2,800 people attended the rally at the Synergy Flight Center, and another 500 were turned away after the venue had reached full capacity.