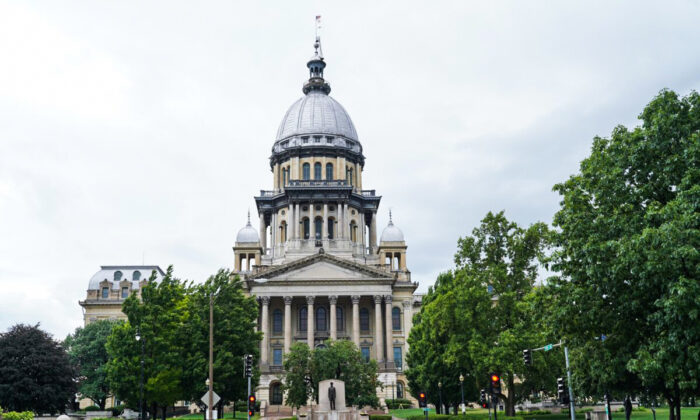 Bradley Martin
Bradley Martin is the founder and executive director of the Near East Center for Strategic Studies. His byline can be found in notable publications such as Newsweek, The Jerusalem Post, The Washington Examiner, The Hill, The Daily Wire, and The Washington Times. Follow him on Facebook and Twitter @ByBradleyMartin
View profile
biggersmaller
Print

State Sen. Michael Hastings (D-Frankfort) will not be re-appointed to head a legislative panel in next year’s session of the Illinois General Assembly, according to Illinois senate president Don Harmon (D-Oak Park).

“I do not expect Sen. Hastings to be wielding a committee gavel anytime soon,” Harmon told WBEZ Chicago. Harmon said that he would not re-appoint Hastings as chairman of the Senate Energy and Public Utilities Committee or any other legislative committee when the new session starts in January.

Harmon’s move against his colleague came after Hastings was accused of physical abuse by his ex-wife, according to divorce-court records and a report by the Frankfort Police Department.

Hastings has denied the allegations. The state senator has since filed a motion in court (pdf) for discovery in an attempt to identify the public employee who distributed copies of the police report filled with allegations of emotional and physical abuse involving his now ex-wife. Among the accusations, Hastings’ ex-wife alleges that he choked her and slammed her into a door, while being verbally abusive in front of their children.

Hastings has dropped out of a run for Illinois Secretary of State and resigned (pdf) from his role as senate Democratic majority caucus whip.

In September, Illinois Gov. J.B Pritzker called on Hastings to resign, along with state Sen. Emil Jones III (D-Chicago) who has been charged in federal court with bribery in his dealings involving a red light camera company.

“They [Hastings and Jones] should answer the charges and have their day in court,” Pritzker said in a statement, reported by the Chicago Sun-Times. “But in the best interests of their constituents, these men must resign from their offices. Resigning only their leadership roles falls short of what the public should expect. I want to send a clear message to the people of Illinois: corruption and abuse have no place here.”

Hastings went on to win a narrow reelection victory (728 votes) against GOP challenger Patrick Sheehan in the midterm elections. Jones was reelected without a challenger.

Accusations of domestic abuse are the latest in a series of personal and professional issues that have faced Hastings since assuming office in 2013. Hastings’ former chief of staff, Cassandra Matz, sued Hastings for harassment in 2019.

Although Hastings was not charged with any crime, WBEZ reported that Illinois taxpayers spent nearly $150,000 on a settlement and outside legal costs in the civil discrimination case filed against Hastings and the Illinois Senate by his former top aide.

The Epoch Times has reached out to Hastings and Jones for comment.

Bradley Martin
Bradley Martin is the founder and executive director of the Near East Center for Strategic Studies. His byline can be found in notable publications such as Newsweek, The Jerusalem Post, The Washington Examiner, The Hill, The Daily Wire, and The Washington Times. Follow him on Facebook and Twitter @ByBradleyMartin