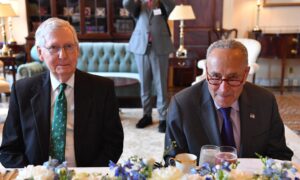 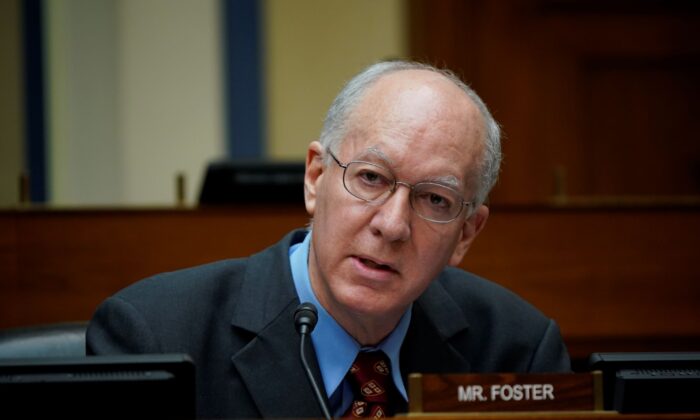 Members of Illinois’ Congressional delegation are weighing in on the $3.5 trillion spending plan the U.S. House allowed to proceed Tuesday.

The Democrats’ resolution, passed along party lines, could mean a major expansion of benefits.

Before the vote to allow the $3.5 trillion spending proposal to be crafted, Rep. Bill Foster (D-Ill.) said in a statement the spending brings “transformative investments in the health and financial security of hard-working families.”

“A budget should be a statement of values, and this budget is a clear statement that Congressional Democrats are committed to enacting bold policies to help lift up workers and families by extending the Biden Child Tax Credit, creating the first-ever paid family and medical leave benefit, and establishing universal pre-K and tuition-free community college,” Foster said. “This budget also prioritizes the health of our environment so that we can tackle climate change—and its consequences for our economy—head on.”

The $3.5 trillion spending would be on top of the $1.2 trillion infrastructure plan that’s making its way through Congress. That’s on top of the nearly $6 trillion Congress has approved for COVID-19 relief.

“We used to in the budget world talk about billions, we are now talking trillions,” said Center for a Responsible Federal Budget President Maya MacGuineas. She told WMAY the COVID-19 relief spending may be justifiable because of the economic impacts of the pandemic. But, it adds to the mounting debt the nation is racking up and there’s little conversation on how to pay for it.

Rep. Darin LaHood (R-Ill.) said that level of spending and government expansion coming out of a pandemic will be ruinous.

“And now we want to spend another $3.5 trillion by raising taxes on small businesses and working families,” LaHood said. “Again, I can’t think of a worse approach to our economy than doing that.”

All Republicans voted no on ending debate on the issues. All Democrats voted yes. They’ll now begin crafting the spending plan. The Senate approved the budget resolution earlier this month.

President Joe Biden has promoted the spending saying no one making under $400,000 will pay higher taxes. That’s just above the $390,000 median revenue for small businesses in 2016, according to an analysis from Small Business Labs. That doesn’t account for the record inflation during the pandemic.

MacGuineas said the spending in the most recent proposal could be upwards to $5 trillion and is beyond comprehension for most.

“The size of the policies that are being proposed have just been supersized,” MacGuineas said. “They are so massive it’s hard to get your arms around them and yet more and more of these new policies without full paid fors are being proposed many for very good, good objectives, infrastructure investment, climate, important things, but we’re not spending any time to talk about how to fully pay for them.”

Illinois’ Republican delegation joined other Republicans in the U.S. House Tuesday in voting “no” to end debate on a budget resolution. Democrats supported the move. That’s after earlier this month Illinois’ Democratic U.S. Senators joined their party members in voting to move the process forward.