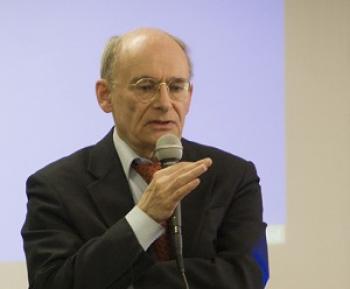 SYDNEY—Illegal organ harvesting has become worse under reforms put in place by the Chinese leadership to stop it, says a Canadian human rights lawyer.

David Matas is in Australia to present a paper on the issue at a United Nations conference for non-government organisations (NGOs) involved with health in developing countries.

He says Chinese authorities have developed liver and kidney registries, an organ donor programme, restricted the number of hospitals permitted to perform organ transplants in China to 650 and shut down websites advertising the speedy sourcing of organs in an apparent effort to halt the trade.

However, while the reforms had reduced “transplant tourism” from Westerners seeking organ transplants, they had neither stopped the illegal organ trade nor increased transparency.

“The cover-up is worse,” he told The Epoch Times.

Mr Matas said entries into the organ registries were sporadic, hospital restrictions did not account for military hospitals where many of the transplants were performed and the touting of organs had just become more secretive.

Mr Matas also welcomed initiatives by Chinese authorities that have reduced the number of death penalty executions, but noted that the number of transplants had remained the same at around 10,000 a year. As their organ donor programme was only at a pilot stage, organs must be coming from somewhere else, he said, but identifying that source was now more difficult.

He said that although Chinese authorities did not initially admit it, executed prisoners had long been used for organ transplants in China.

“The depersonalisation of the Falun Gong, their huge numbers in detention and their vulnerability as an unidentified population made it easy for them to become the next source of organs for sale,” he explained.

The lucrative organ trade, based on demand from the West, was further fuelled by Communist Party reforms that cut funding to the health system and left hospitals desperate for income.

“The transplants were subsidising the Chinese health system by massive amounts,” Mr Matas said, adding: “The system has become dependent on it [organ trade] for funds.”

The switch from an international market to domestic then changed the nature of the demand, not the supply, he said, quoting Chinese data that estimates over two million Chinese are waiting for organ transplants.

Mr Matas said that at the time of the first report in 2006, the ratio of organ transplants from Falun Gong practitioners to executed prisoners was around 7500 to 2500.

Now, with reforms reducing death penalty executions, he estimates the ratio is “about 1000 organs from the death penalty and Falun Gong make up the rest.”

Mr Matas says one of the reasons he was in Australia to speak at the UNDPI/NGO Conference was to raise awareness of the issue.

The illegal harvesting of organs from Falun Gong practitioners in China must stop, he said, but under the present regime, it is unlikely that the persecution of Falun Gong adherents will cease any time soon. Nor is it likely that the forced labour camp system will be shut down, he said.

Chinese authorities have said, however, that it is not right for organs to be taken from executed prisoners and have said they want that to stop.

Mr Matas said in that event, it might be “achievable” to stop the illegal harvesting of organs from Falun Gong practitioners that way.

“If they shut down the sourcing of organs from prisoners, then the issue of sourcing is solved,” he said. “This is a realisable goal.”