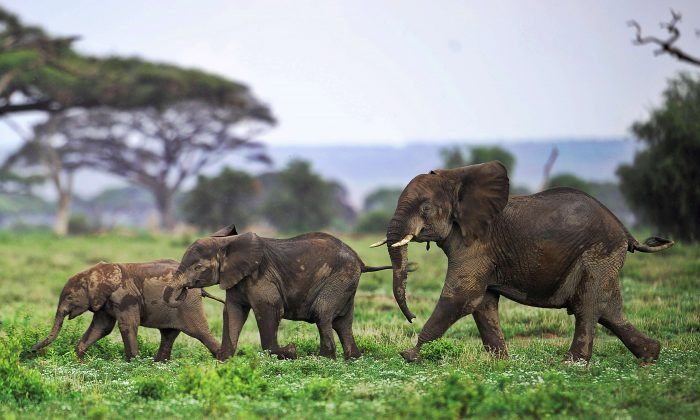 Illegal Ivory Being Openly Sold as ‘Antiques’ Across Europe

LONDON—Illegal ivory is being openly sold across Europe as “antiques” because traders have found a loophole in European law, researchers say.

Under current European rules, trading ivory newer than 1990 is banned, while ivory acquired between 1947 and 1990 must be sold with a government-issued certificate.

Ivory items made before 1947 can be freely traded in the EU, so some sellers are falsely claiming their pieces are from before that date. It’s something impossible to prove without going through the expensive process of radio carbon dating.

Campaigning group Avaaz, which sponsored the research, purchased over 100 ivory items in 10 European countries to determine their real age.

When Oxford University’s carbon testing unit examined the items, they found that 75 percent of them were fake antiques being sold illegally.

“This bombshell evidence proves beyond doubt that illegal ivory is being sold across Europe,” said Bert Wander, campaign director at Avaaz. “It must spark the end of this bloody trade. Every day the sale of these trinkets continues is a day closer to wiping out majestic elephants forever.”

Wildlife trafficking is estimated to be worth up to 20 billion euros per year.

Last month, the European Parliament called for a complete ban on the ivory trade.

“Illegally poached ivory often gets into the legal market, making the elephants a lucrative target for poachers. Poaching is furthermore linked to corruption, organized crime, the financing of armed groups, and murders of park rangers,” it said in a statement.

Conservation charity Tusk says at least 20,000 elephants are slaughtered every year because of demand for their tusks, while other organizations put the number at closer to 30,000 a year.

The population of the African savannah elephant is declining by 8 percent each year, primarily due to poaching, according to the Great Elephant Census.

Results from the carbon testing found that 20 percent of the pieces that were sold by antique shops and private sellers were from recently poached elephants.

Worryingly, data showed two items were from after 2010, but were being passed off as antiques.

The investigation found that all the pieces sold in Bulgaria, Spain, and Italy were illegal, and so were the large majority of items from France, the Netherlands, and Portugal.

Catherine Bearder, member of the European Parliament who authored a resolution for an EU ban on ivory trade, told The Epoch Times that she was surprised by the high proportion of illegal ivory that made it to the market.

Bearder hosted an exhibition at the European Parliament on July 10 that displayed 80 pieces of illegally traded ivory to call for an end to wildlife trafficking. She said some items were particularly crudely made.

“Killing a magnificent animal like that and having it end up as something badly carved, we really don’t need that sort of thing,” she said.

She said the only way to stop the trafficking is to take away the financial value of ivory.

Avaaz said that the study’s results, which include items sold in shops and online, shows that the European Commission should do more to control the illegal ivory market.

“The findings prove that it’s impossible to enforce the current laws without radio carbon testing units in every police station, which is clearly not an option,” said Wander. “The only way to ensure Europe is not tarnished by bloody trinkets is a full ban on ivory.”

In April, the UK announced a ban on all ivory sales, with narrow exemptions for certain items.

“Ivory should never be seen as a commodity for financial gain or a status symbol, so we will introduce one of the world’s toughest bans on ivory sales to protect elephants for future generations,” the UK’s environment secretary, Michael Gove, said at the time.

Anyone who breaches the UK ban will be fined an unlimited amount or face up to five years in jail under the new rules.

The ban was also a victory for Britain’s Prince William, who has long campaigned against the ivory trade.

The United States has a near-total ban on ivory sales, while Hong Kong and China have recently made moves to implement a ban.