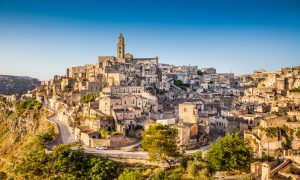 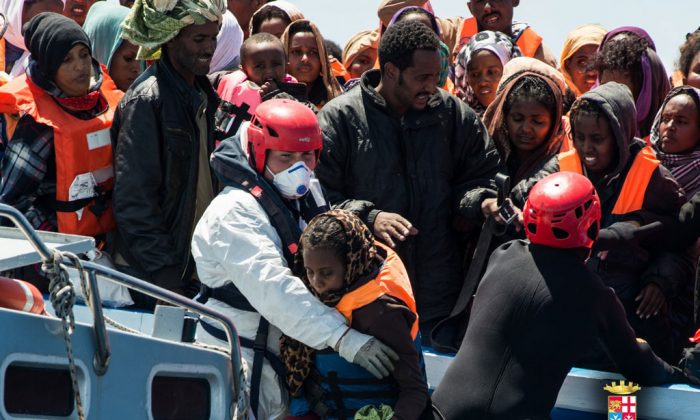 ROME—The Mediterranean, seen as the southern edge of Europe, is where Italy is at the forefront in tackling the flow of illegal immigration. On Oct. 10, the European program ‘Triton,’ which joined the Italian ‘Mare Nostrum’ a few days before, was discussed in Rome at the Fundamental Rights Conference of the European Union by the President of Italian Chamber of Deputies, Laura Boldrini.

Ms. Boldrini didn’t hide her concern “about the situation that could happen with the closing of the ‘Mare Nostrum,’ and in the absence of a transaction that should really replace it.” The reference is to the European Agency Frontex which manages ‘Triton,’ but considers it “not a substitute, neither for means nor for resources” of ‘Mare Nostrum,’ stressed Ms. Boldrini, who is also spokesperson for United Nations High Commissioner for Refugees (UNHCR).

The picture that Boldrini portrays, sees an increase in casualties at sea – more than 2,500 on Sept. 30, 2014, against 150,000 people rescued, according to the data of the Ministry of Interior. “Now that the operation is coming to an end, how come we don’t see a rise in deaths? Can we really imagine that those fleeing war and persecution will cease to cross the Mediterranean, because there no longer is a ‘Mare Nostrum?'”, is the question.

Also aware of the situation is the newly pinned European Commissioner for Home Affairs, Dimitris Avramopoulos. Present at the meeting , the politician from Greece offered a helping hand to Italy, before leaving to Rome, and stressed the need to “better protect our shared borders by pooling more resources […] We must be more willing to show more solidarity towards those Member States which face the burden of irregular migration, and receive most of the asylum seekers and, at the same time offer more solidarity to the affected people,” he said in a press conference in Brussels.

However, it appears that Italy is not facing unsustainable immigration, says UNHCR in its 2014 report, placing a benchmark on the situation in neighboring countries. In Italy, there are about 78,000 refugees on humanitarian grounds, against 232,000 in France, and 187,000 hosted by Germany.

Yet, the perception of the population is that of an emergency. A survey commissioned by the British newspaper The Guardian in 14 OECD countries showed a gap between ‘reality’ and ‘popular sentiment.’ Italy is at the last place in the ranking of what Ms. Boldrini sees as a “detachment”, since “Italians think that the percentage of immigrant population is 30 per cent, when in fact it’s 7 per cent.”