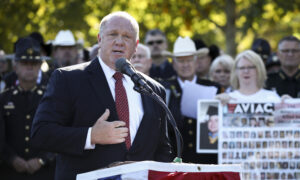 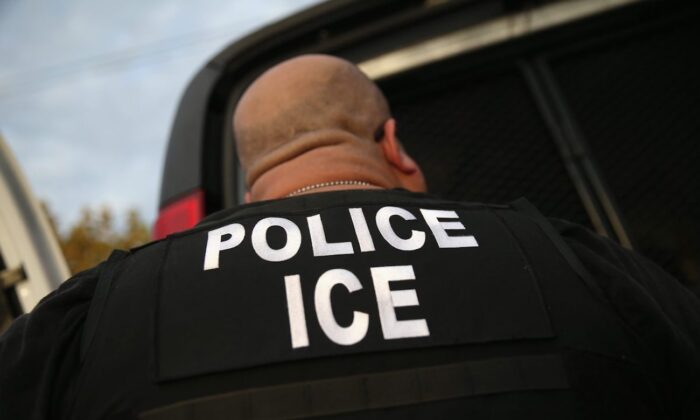 An illegal immigrant who had been ordered to be deported from the United States in 2016 has been sentenced to 45 years in prison for forcible rape of a child.

Fredy Aguilar-Menjivar, 31, from El Salvador was convicted of three counts of rape of a child under 14 and one count of child molestation earlier this month, the Monterey County, California, district attorney’s office said in a statement.

U.S. Immigration and Customs Enforcement (ICE) confirmed to The Epoch Times that Aguilar-Menjivar, who resides in California, had been ordered removed from the United States by an immigration judge on June 28, 2016. But according to Breitbart, he was never deported. ICE offficials didn’t immediately respond to a request by The Epoch Times to clarify whether any attempt to deport Aguilar-Menjivar was made between June 2016 and March 2020.

California is a so-called sanctuary state; it prohibits state and local law enforcement officers from sharing information about an illegal immigrant’s release from custody, personal information, and physical description with federal immigration agents. Under Senate Bill 54 (SB 54), state and local officers are also barred from transferring these individuals to immigration agents unless in exempted circumstances such as under a court warrant. The law also includes exemptions for illegal immigrants convicted of a serious or violent felony.

The Monterey district attorney’s office said the sexual assault occurred repeatedly between August 2018 to March 2020—two years after the deportation order. The child, who is a family member, was under 14 years old when the offense began. The crimes were discovered by another family member during a party in which the child had attempted to stop Aguilar-Menjivar, the prosecutor’s office said. But the 31-year-old threatened to hurt her and her parents if she screamed.

Aguilar-Menjivar will also be required to register as a sex offender for life and is prohibited by law from contacting the child for a maximum of 10 years.

The Trump administration had made efforts to strike down SB 54 and escalated a case challenging the law to the Supreme Court in 2019. But in June 2020, the nation’s top court refused the request to hear the case, although Justices Clarence Thomas and Samuel Alito said they would have granted the petition for review.

The news comes after the Biden administration issued “interim enforcement priorities” for federal immigration agencies as the administration continues finalizing its policies. These priorities include narrowing immigration enforcement to three categories: individuals who have been engaged in or suspected of terrorism or espionage; immigrants who crossed into the United States illegally on or after Nov. 1, 2020; and individuals convicted of an “aggravated felony.”

The guidance is temporary, lasting for three months, until Department of Homeland Security Secretary Alejandro Mayorkas can issue new enforcement guidelines for the department.

The result of implementing the memoranda, the lawsuit argues, has led to ICE rescinding detainer requests related to incarcerated criminal aliens, not issuing detainer requests for illegal aliens subject to mandatory removal, and the release of such individuals from federal detention facilities in Louisiana and Texas.

The Biden administration is currently facing an influx of illegal border crossings, in which thousands of unaccompanied minors are flooding across the southern border. Lawmakers have warned that these children are subjected to human tragedies such as cramped conditions and assault.