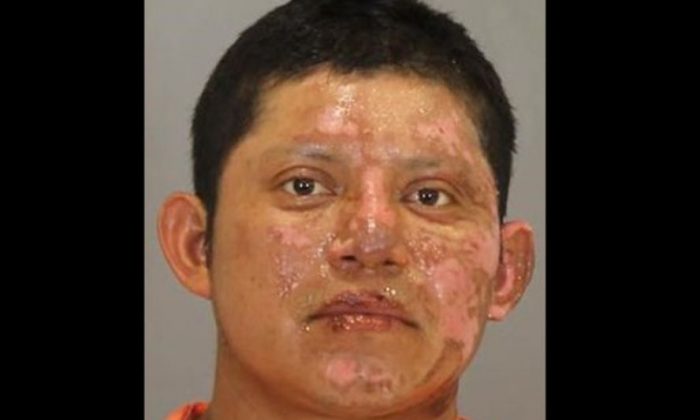 Illegal Immigrant Who Came to US 7 Times Was Drunk During Fatal Crash, Prosecutor Says

A Mexico national who illegally entered the United States seven times crashed his van last week, killing his passenger. According to prosecutors, he was drunk.

Nemias Garcia-Velasco, 32, was charged in the death of a passenger in the fiery July 5 crash in Nebraska, the Omaha World-Herald reported.

He’s been removed from the United States a total of seven times—one in 2011, another in 2009, and five “voluntary returns” in 2005. He also was charged with making a false claim of American citizenship, prosecutors added.

Prosecutor Ryan Lindberg requested that Garcia-Velasco’s bail be set at $2 million because he fears the man might flee the country.

“If this is someone who bonds out, I don’t think we’ll see Mr. Garcia-Velasco again,” Lindberg said, as reported by the World-Herald.

In the crash last Wednesday, July 5, he lost control of his 2001 Dodge Ram van at 100 mph before slamming into the guard rail. The van then burst into flames.

Passenger Silvano Torres, 58, wasn’t wearing a seatbelt while riding in the back of the van and died in the crash.

Illegal Immigrant May Get $190,000 Because SF Police Helped to Deport Him

Torres’s girlfriend said that he had the documents to stay in the United States and was a father to three children, Fox News reported.

“I was just devastated,” Rosa Flores told the paper. “There are so many unsolved things, so many questions. I was so hurt, I was so upset.”

Garcia-Velasco told police he’d drunk 12 beers the previous night into the morning. His blood-alcohol level was triple the legal limit, the newspaper reported. KETV reported that he “had been drinking since the July 4th holiday.”

KETV also reported that Garcia-Velasco was charged with motor vehicle homicide, driving under the influence, and operating without a driver’s license. If convicted, he could get 20 years behind bars.