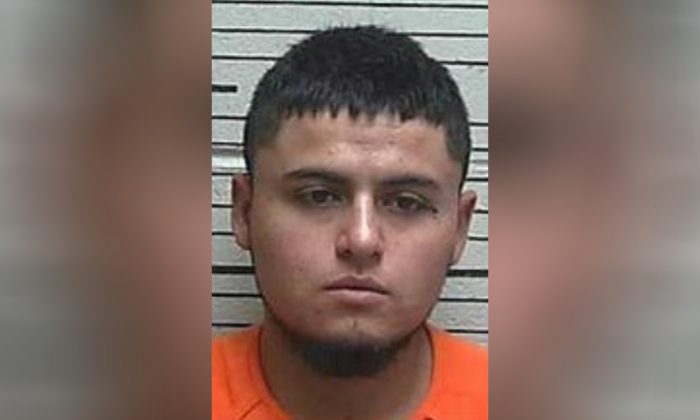 An Alabama court has convicted an illegal immigrant of reckless murder in the killing of a 29-year-old nurse. The incident occurred as the young nurse was driving home after her finishing her shift at a local hospital.

20-year-old Jorge Ruiz, an illegal immigrant from Mexico, killed Marlena Hayes in a car crash that happened on the morning of October 28, 2018, reported Breitbart.

Ruiz was said to have been speeding on the wrong side of the road, when he crashed head-on into the young nurse’s car, killing her immediately.

The evening before the incident, Ruiz had reportedly been at a party after finishing his shift for an unnamed construction company. He hadn’t slept and had a blood-alcohol level just below the legal limit.

According to the Clanton Advertiser, Ruiz was initially jailed with no bond. However, after he was indicted, a circuit judge changed it to a $50,000 bond.

This allowed Ruiz to be released from the Autauga Metro Jail by paying a percentage of the bond which amounted to a total of $5,000.

“Nobody did anything wrong procedurally,” said 19th Judicial Circuit Chief Assistant District Attorney C.J. Robinson. “We almost had a murder case slip through our hands because of a bond.”

Upon his release, Ruiz—due to an Immigration and Customs Enforcement hold—was picked up by the agency and taken to Louisiana then could, “take a boat to Mexico.”

Robinson went on to say, that once back in Mexico Ruiz could have changed his identity and then attempted illegal re-entry into the US.

After learning of the situation, Robinson said his office “had every agency on the phone, including the Chilton County Sheriff’s Office. We had attorneys ready to go in two courtrooms.”

Circuit Judge Bill Lewis then revoked the bond and had Ruiz returned to Autauga Metro Jail.

“Thank God for Judge Lewis,” said Robinson. “(Once that was done,) ICE stopped, turned around, and came back to Prattville. (Ruiz) woke up in the Autauga Metro Jail, and he was back there that night.”

Ruiz’s preliminary hearing took place on May 22, and the jury process on July 22.

“We sat the jury on Monday, presented the evidence on Tuesday and had a guilty verdict by 4 p.m. on Wednesday,” Robinson said.

Ruiz, convicted of Reckless Murder, a Class A felony, could serve anywhere from 10 to 99 years in prison.

Once the sentence has run its course, Ruiz will be deported back to Mexico. Which Robinson says is “hopefully a long time from now.” A hearing to determine sentencing has been set for August 14.

The conviction came as a result of joint efforts from Robinson, Lewis, and Autauga County law enforcement officials.

Their cooperation ensured that Ruiz was unable to flee to Mexico, which in effect would have allowed him to evade the charges.

“I’m proud of our office,” said Robinson. “I’m happy to be a part of this team. I’m happy for the family (of Hayes). It’s good that they will be able to close this chapter of their lives.”