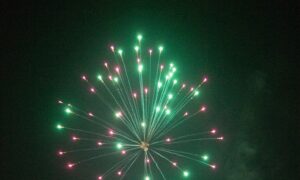 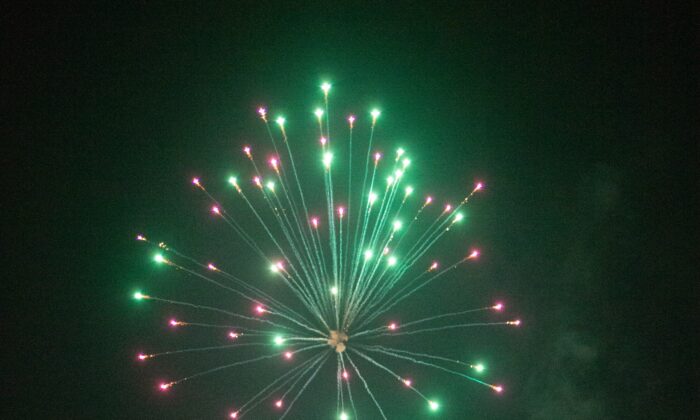 Some of the children were sent to the hospital with severe facial and scalp injuries following the explosion on the 13800 block of Rosita Place. The blast shattered the windows of nearby apartments and a vehicle, police said.

Among the injured were two brothers, aged four and eight, who were treated for burned corneas. The eight-year-old also suffered second-degree burns.

While four patients treated by medics at the scene, five others were admitted to a local hospital.

Garden Grove Police Lieutenant Mario Martinez told The Epoch Times that it’s unclear whether the fireworks were modified or malfunctioned.

“With your typical fireworks a lot of kids gather around to watch the fireworks so it sounds like there were a lot of, in addition to adults, there are obviously a lot of children that were gathered around watching fireworks being lit off,” Martinez said.

Lopez is currently being held at the Theo Lacy Facility on a $1 million bail and faces a maximum sentence of life in prison if convicted on all counts.

“The injuries suffered by these innocent children were completely preventable,” Orange County District Attorney Todd Spitzer said in a statement. “Every year, law enforcement and fire officials warn the public about the dangers of illegal fireworks—and every year people suffer injuries they should never have suffered if they had listened to our warnings. This time it is very young children who were forced to suffer the very real and very painful effects of illegal fireworks. And children should never have to suffer as a result of the irresponsible acts of an adult.”

Police are still searching for a second man who helped light the fireworks. Anyone with information regarding the explosion is asked to contact Detective Heine at 714-741-5422.