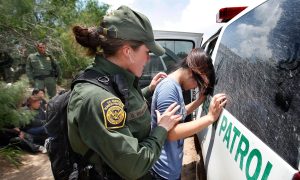 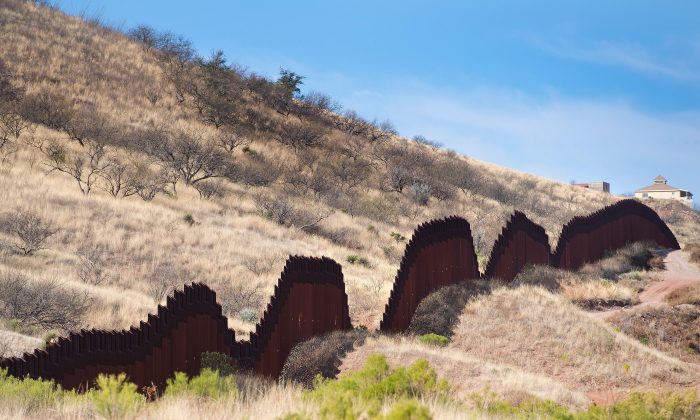 A section of the southwest border fence is seen in Nogales, Arizona, on February 17, 2017. (JIM WATSON/AFP/Getty Images)
US

President Donald Trump’s actions to stem illegal border crossings is starting to have an impact, according to the latest report by Customs and Border Control.

In February, a total of 18,762  individuals were apprehended between ports of entry on our Southwest Border, compared with 31,578 in January and 43,255 in December.

The 40 percent drop for February is significant, as the number is usually 10 to 20 percent higher than January due to warmer weather attracting more crossing attempts.

The period between March and May will be the true test to whether the new enforcement measures are working and Homeland Secretary John Kelly said the agency intends to remain vigilant to trend changes.

“However, the early results show that enforcement matters, deterrence matters, and that comprehensive immigration enforcement can make an impact,” Kelly said in a March 8 statement.

He said the decrease also signals that fewer people are “putting themselves and their families at risk of exploitation, assault, and injury by human traffickers and the physical dangers of the treacherous journey north.”

Kelly said human smugglers have bumped up their fees for illegal southwest border crossings, largely in response to the changes in U.S. policy.

In fiscal 2016, border patrol apprehended a total of 408,870 individuals along the southwest border, which accounts for 98 percent of the total number of people sneaking across borders nationwide.

The number of people deemed inadmissible to entry when presenting themselves at ports of entry along the southwest border has also fallen.