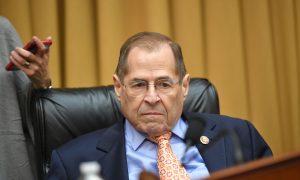 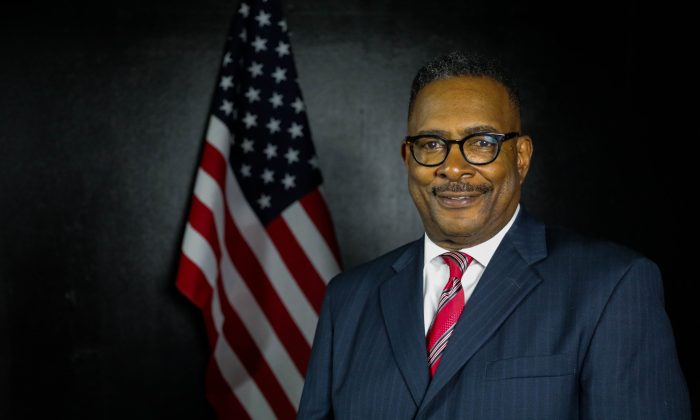 Rep. Ilhan Omar (D-Minn.) is facing yet another new challenger for her seat in Congress and he wants to make a positive difference in people’s lives by doing things differently.

Lacy Lee Johnson, a husband, father of two, and resident of North Minneapolis for more than 40 years, has become frustrated with what the state of politics had become and the ineffectiveness of representatives the district had voted into Congress—election after election. So he decided to do something about it.

Johnson, who is a computer technologist and entrepreneur by trade, said he isn’t a politician but decided to enter his bid for Minnesota’s 5th Congressional seat on Aug. 14 in order to make a “visible, measurable, [and] positive difference” in people’s lives.

“We are not getting results in the fact that politicians are getting elected—election after election, the fact that we’re spending billions and billions of dollars supposedly to resolve some of these issues and not only are they not getting better, they’re getting worse,” Johnson said.

“I’m here now, trying to get the political system to be more accountable and responsive to the needs of a lot of people that they’ve left behind,” he added.

Similarly, he said he wants to initiate dialogue to have people become more aware of the impact some congressional decisions have on future generations.

Johnson, who is running as a Republican, previously ran as a candidate for the Minnesota legislature and understands the difficulties of running in a traditionally blue district.

He said his campaign will try to highlight the importance of hard work and self-responsibility.

“And a lot of that starts with just changing people’s mindset,” he said. “I think that there’s a liberal democrat mindset that they might owe you something and you’re a poor victim. … [We need to] change all of that and empower people and let them know that their future and the future of the other people they care about is within their control. [It] does no good to look around for anyone else to help.”

“One of the ways I’m going to go about doing it [is] just be consistent, and then just do the groundwork of knocking on doors and talking to people, engaging people, let them see me and hear me and experience me in person for the most part, and get a better understanding of where my ideas and what my devotion is, and give them a chance to ask questions,” he added.

Johnson said his campaign will focus on exploring the impact congressional actions have on families, supporting and providing accessible education, highlighting the economic successes of the Trump administration, maintaining a strong economy, and improving the spiritual outlook in a person’s life by guiding people to realize that they are part of a greater whole and “have responsibilities to groups bigger than ourselves.”

“My vision for this country and families of our district is an environment where we encourage and help every person be the best she or he can be, where individual responsibility and accountability is the expectation. Our future is bright, even brighter with a reduced dependency on government,” Johnson said in his campaign video.

My name is Lacy Johnson and I am running for Congress against @Ilhan Omar.

Ms. Omar does not represent the values of our district or our great country.

Please watch my video and support my campaign. https://t.co/Y9GyVGpnZ6 pic.twitter.com/u5CxJPTZmE

In his campaign video, Johnson said he had become impatient with Omar “who focuses on the past of America in a negative way.”

“[She] shows and speaks with such disrespect for our country, refusing to acknowledge the tremendous progress we’ve made since our founding,” he added.

Johnson said he doesn’t think the freshman congresswoman—who has been embroiled in controversy since taking office and been accused of perpetuating anti-American and anti-Semitic narratives—is adequately representing the people in her district.

“She’s more concerned about [being a] national and international celebrity, and the rewards of being in political office and being famous that she hasn’t been resolving the issues facing our districts,” he said, adding that Omar is not “ready” to be a representative.

“I don’t know whether she’ll ever be ready because, you know, it’s hard to overcome the environment that we were born and raised in. And she was born and raised in an environment [that] was really anti-Israeli and had a certain view on things the same social view of the world. And I’m hoping she can grow and change but you might not be able to,” he added.

Recently, Johnson joined several politicians and groups to call on investigators to probe into possible illegal campaign spending related to an affair she’s allegedly having with a married man, Tim Mynett. Mynett’s wife, a Washington-based doctor, said in divorce papers filed this week obtained by the New York Post that her husband left her for Omar. Mynett, a political consultant, has worked for Omar and her predecessor, Keith Ellison.

“I wish I could say I was surprised that my opponent Ilhan Omar had an affair with a married man and paid him (likely illegally) $222,000 out of campaign contributions. This is the same woman that is accused of committing tax fraud for marrying her brother. Investigate Ilhan!” Johnson wrote on Twitter on Aug. 28.

I wish I could say I was surprised that my opponent Ilhan Omar had an affair with a married man and paid him (likely illegally) $222,000 out of campaign contributions.

This is the same woman that is accused of committing tax fraud for marrying her brother.

In May, Omar was ordered to repay her former campaign committee nearly $3,500 for using campaign money to pay for personal travel and help with her tax returns. Moreover, she is also required to pay a civil penalty of $500 to the state for using campaign money to travel to a conference in Florida, where she received an honorarium for speaking at the event, according to the board’s investigation findings (pdf).