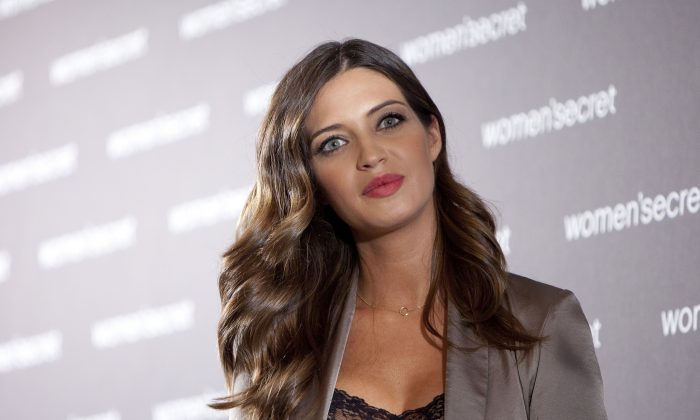 Carbonero, 30, typically reports for Telecinco but this time took to the camera for Mediaset.

Her presence “certainly brightened up the place,” according to the Daily Mail, noting that stadium media centers “are never the most glamorous of places.”

Casillas had a horrible game, something that also happened during the 2010 World Cup, leading to claims that she had distracted her then-boyfriend. However, several newspapers published articles decrying the claim.

Regardless, Casillas is starting again vs Chile on Wednesday because his backup David De Gea was injured during training over the weekend.

Casillas acknowledged that he played a poor game afterward in a press conference, reported the Guardian.

“The first thing I have to do is offer a mea culpa. This is the worst performance of my career. We have to say sorry,” he said.

“Holland were very good, we were the complete opposite. Sometimes it’s good for things like this to happen so that you can react but we have to react now.”

As for Iker and Sara, they have left their baby boy Martin, four months old, at home while both are working.

“In this case, I’ll leave Martin here, especially at the beginning,” Sara told Elmundo. “I’m going to work and it’s one the things I have to organize before move forward.”

“But I’m going to work, as I have done the past five years with my colleagues, and everything will be exactly the same. Martin will be perfectly taken care of.”

She noted that she may have him flown in if Spain makes the finals.