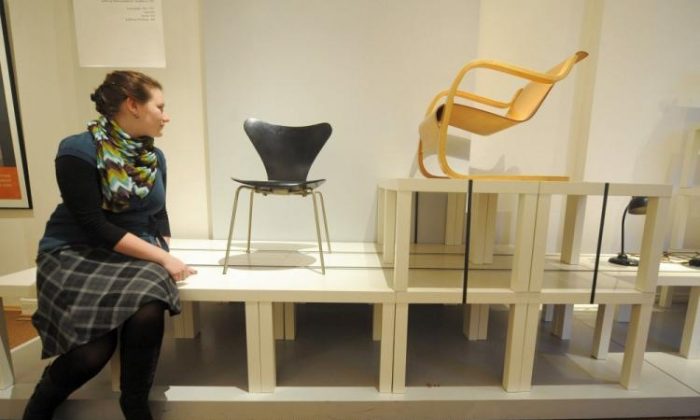 A woman looks at chairs on display at an exhibition of pieces by Swedish furniture designer Ikea in the northern German city of Hamburg on Nov. 4, 2009. (Nigel Treblin/AFP/Getty Images )
Business & Markets

IKEA Unveils the Extent of Its Success

While most businesses have struggled during the global downturn, Swedish furniture purveyor Ikea has surprised the world with outstanding business performance over the last 12 months.

Ikea, known for its versatile furniture selection at low prices, has proved to be the go-to shopping place for financially strapped folks looking to refresh their home interiors. Thanks to its abundant furniture offerings ranging from serious to whimsical, and from stylish to simple, Ikea has become a household name on almost every continent.

“We have always said that we’ll earn the money before we invest it. That means we have a strong balance sheet and a strong financial situation. … That means that when times are hard, we can buy land and make investments, and improve our supply chain costs, which opens up for further price cuts. Our financial strength gives us leeway,” said Ohlsson, IKEA’s Group president and CEO.

Thriving throughout the economic crisis has proved to be a difficult task for most businesses, especially retailers. Ikea has managed not only to save costs and minimize losses, but it is actually growing at an impressive double-digit rate. It is planning to expand to Serbia, Croatia, and South Korea in the next year.

Ikea sees its main potential in the vast markets of Russia, China, and India that it has yet to win. At the moment it generates 79 percent of its revenue from Western Europe, 15 percent from North America, and 6 percent from Asia.

“We’re also buying land in South Korea and sooner or later hope for a change of regulation(s) in India that would let us open warehouses” in that country, Ohlsson said.

“Good profitability is needed to carry out our extensive growth program on existing as well as new markets, to give more people access to the IKEA range. Sustained profitability is also enabling us, through the IKEA Social Initiative, to finance a number of social projects that [for example] soon will have benefited 100 million children,” said Ohlsson.

Ikea is controlled by INGKA Holding, a Dutch corporation, which is in turn controlled by Stichtung INGKA Foundation—the world’s biggest charity. This connection has enabled Ikea to give substantially to charities.

Never before has Ikea revealed its financial statement to the world, as it would only report its yearly sales numbers. Due to growing public interest and pressure from many regulators and institutions to know Ikea’s balance sheets, Michael Ohlsson has decided to open the books to the public.

“We decided to do this because we’ve noticed that interest in IKEA has increased over the years, and our intention is to be as transparent as possible,” Ohlsson told Dow Jones Newswires.

“It is perhaps a good move to be a little bit more transparent or open,” said Daniel Lucht, senior consultant at Verdict Research. “They have a fantastic reputation for the charity work they do that goes hand-in-hand with their leading position,” he said.

Ikea owner Ingvar Kamprad is currently the fifth richest man in the world, having a net worth of $22 billion. Just like Ikea’s inexpensive approach to handling things, Ingvar flies economy class, eats at cheap restaurants, and furnishes his home only with Ikea’s furniture.