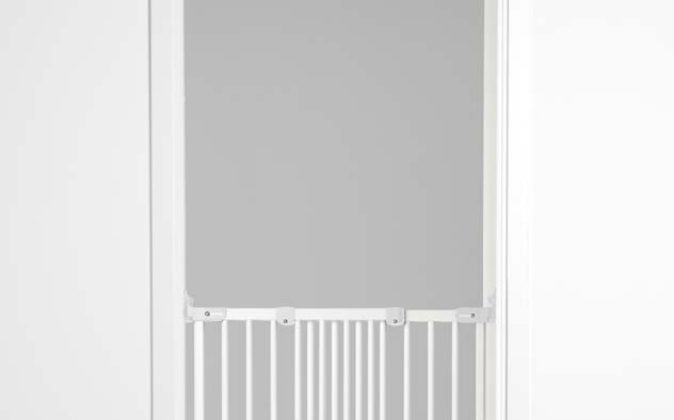 IKEA Recalls Safety Gates and Extensions Due to Fall Hazard

About 80,000 IKEA safety gates and gate extensions, in addition to around 28,000 units in Canada, were recalled on July 14 due to a fall hazard.

The company has received 55 incident reports worldwide. Ten of the incidents resulted in two concussions, and cuts and bruising, according to the Consumer Product Safety Commission (CPSC). Four of those incidents were reported in the United States.

IKEA urges customers to stop using the gates immediately, and return them to any IKEA store for a full refund.

The gate extensions measure about 28 3/4 inches high with an adjustable width from about 2 1/2 inches to 5 inches.

A permanent label is attached to the metal bar at the bottom of the safety gate containing “IKEA” and the article number.

Below are the gates with the following article numbers included in the recall: