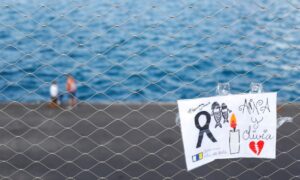 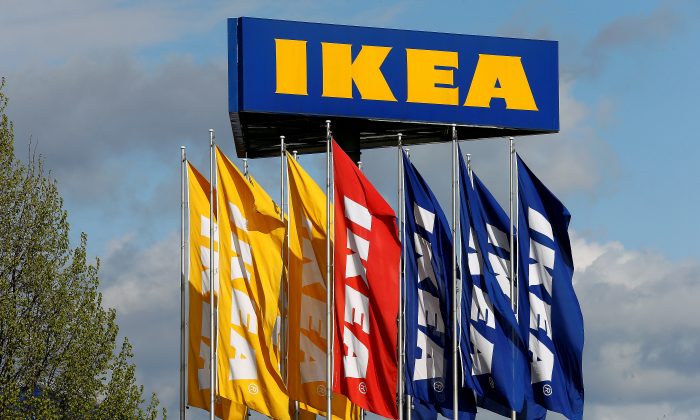 Flags and the company's logo are seen outside of an IKEA Group store in Spreitenbach, Switzerland on April 27, 2016. (REUTERS/Arnd Wiegmann/File Photo)
Europe

IKEA received praise after one of its locations opened a store to stray dogs during the winter months.

In a video shared on Facebook, dogs could be seen resting on IKEA rugs inside staging rooms in Catania, Italy.

Most IKEA stores have a “no dogs” policy in the United States and in other countries. “The only animals allowed inside of IKEA U.S. stores are certified service dogs,” states the chain on its website.

“A nice initiative to give shelter to strays while it is raining outside,” Vittoria Taccia Gabrielli wrote on the Facebook post with a video of a sleeping dog on an IKEA rug, according to a translation.

A number of people praised the DIY furniture giant.

“What a loving positive approach to all animals, Animal Laws and Animal Rights Laws. All of our Country’s Needs Stronger Animal Laws. And Yes, I Will Be At IKEA Shopping and Sharing This Wonderful Post,” one person wrote, Fox News reported.

According to The Dodo, another user wrote: “What an absolutely fantastic thing to do! Showing such compassion to these poor creatures is a fine example to us all.” Said another: “What a great idea. It looks more like a home with the pup anyway.”

“Honor to Ikea,” another commenter wrote.

Customer Martine Taccia went to the same IKEA in Catania. “My reaction was pure amazement,” Taccia told The Dodo. “It’s not a common thing.”

“The dogs receive daily food and pampering from IKEA’s employees and customers,” Taccia added. “Some dogs have even found a family, going home with customers.”