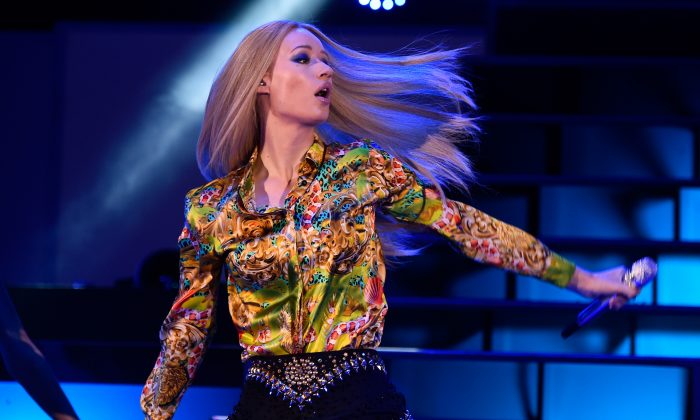 Iggy Azalea in Fast and Furious 7: Rapper Reveals Details About Role in FF7

Iggy Azalea has come forward to reveal details about her role in the upcoming seventh installment in the Fast & Furious franchise.

Furious 7 is slated to hit theaters in April 2015.

As with many of the other movies, it stars Paul Walker, Vin Diesel, Jordana Brewster, Tyrese Gibson, Michelle Rodriguez, Ludacris, and Dwayne Johnson.

Azalea said that she thought she would just be one of the racing girls but had a bigger role waiting for her.

“I thought that I was just going to have to wave the flag and then I came [to set] and I got a car and I got some lines and then [my character is] friends with Vin,” she told Access Hollywood.

“I’m kind of the head of this monster truck crew of people and I’m like the girl in charge and I have this big truck.”

Diesel plays Dominic Toretto, one of the leaders of the group along with Walker’s Brian O’Conner.

Their crew is targeted by Ian Shaw (Jason Statham), who is seeking revenge for the death of his brother Owen Shawn, which happened in Fast and Furious 6.

As fans of the franchise already know, Ian killed Han in Fast & furious: Tokyo Drift. He then calls Toretto and tells him that he’s coming for him.

=Kurt Russell, Elsa Pataky, Ronda Rousey, and Lucas Black are among the other stars in the movie.