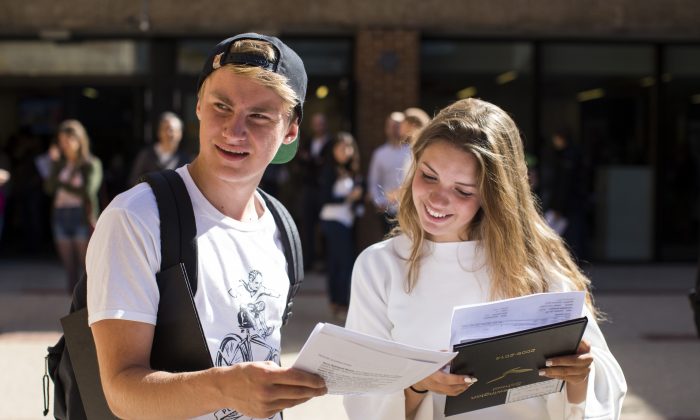 Ignore the IQ Test: Your Level of Intelligence Is Not Fixed for Life

We’re getting more stupid. That’s one point made in a recent article in the New Scientist, reporting on a gradual decline in IQs in developed countries such as the U.K., Australia, and the Netherlands. Such research feeds into a long-held fascination with testing human intelligence. Yet such debates are too focused on IQ as a lifelong trait that can’t be changed. Other research is beginning to show the opposite.

The concept of testing intelligence was first successfully devised by French psychologists in the early 1900s to help describe differences in how well and quickly children learn at school. But it is now frequently used to explain that difference—that we all have a fixed and inherent level of intelligence that limits how fast we can learn.

Defined loosely, intelligence refers to our ability to learn quickly and adapt to new situations. IQ tests measure our vocabulary, our ability to problem-solve, reason logically, and so on.

But what many people fail to understand is that if IQ tests measured only our skills at these particular tasks, no one would be interested in our score. The score is interesting only because it is thought to be fixed for life.

Who Is Getting Smarter?

Standardized IQ tests used by clinical psychologists for diagnostic purposes, such as the Weschler scale, are designed in such a way that it is not easy to prepare for them. The contents are kept surprisingly secret and they are changed regularly. The score given for an individual is a relative one, adjusted based on the performance of people of the same age.

But even as we become better educated and more skillful at the types of tasks measured on IQ tests (a phenomenon known as the “Flynn effect,” after James Flynn who first noted it) our IQs stay pretty much the same. This is because the IQ scoring system takes into account the amount of improvement expected over time, and then discounts it. This type of score is called a “standardized score”—it hides your true score and merely represents your standing in relation to your peers who have also been getting smarter at about the same rate.

This apparent stability in IQ scores makes intelligence look relatively constant, whereas in fact we are all becoming more intelligent across and within our lifetimes. The IQ test and the IQ scoring system are constantly adjusted to ensure that the average IQ remains at 100, despite a well-noted increase in intellectual ability worldwide.

Psychologists are aware that intelligence scores are somewhat subject to cultural influence and social opportunity, but some have still insisted that we cannot raise our IQ by much. This is because our general intelligence (or “g”) is a fixed trait that is insensitive to education, “brain training,” diet, or other interventions. In other words, they say, we are all biologically limited in our intelligence levels.

The idea that IQ is fixed for life is built into the questionable politics of IQ testing. The most serious consequence of this is the use of IQ tests to blame educational difficulties on students rather than on teaching systems.

All Is Not Lost

Those who hang dearly onto the notion that IQ is fixed for life have managed to ignore decades of published research in the field of applied behavior analysis. This has reported very large IQ gains in children with autism who have been exposed to early intensive behavioral interventions once they have been diagnosed with learning difficulties.

Another 2009 Norwegian study examined the effects of an increase in the duration of compulsory schooling in Norway in the 1960s that lengthened the time in education for Norwegians by two years. The researchers used records of cognitive ability taken by the military to calculate the IQ of each individual in the study. They found that IQ had increased by 3.7 points for every extra year of education received.

More recent studies by John Jonides and his colleagues at the University of Michigan reported improvements in objective measures of intelligence for those who practiced a brain-training task called the “n-back task”—a kind of computerized memory test.

My own research, in the field of relational frame theory, has shown that understanding relations between words, such as “more than,” “less than,” or “opposite” is crucial for our intellectual development. One recent pilot study showed that we can considerably raise standard IQ scores by training children in relational language skills tasks over a period of months. Again, this finding challenges the idea that intelligence is fixed for life.

So it’s about time we reconsidered our ideas about the nature of intelligence as a trait that cannot be changed. Undoubtedly, there may be some limits to the development of our intellectual skills. But in the short term, the socially responsible thing to do is not to feel bound by those limits, but to help every child work toward and even exceed them.

Bryan Roche is a lecturer in behavioral psychology at National University of Ireland Maynooth. This article previously published at TheConversation.com.