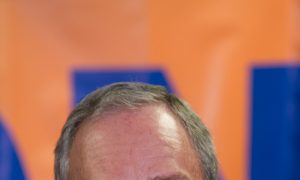 Seismic technologies, environmental purifiers, and even the ability to change an organism’s molecular structure: The world of Pier Luigi Ighina is of a science never before propagated, in which reality and mysticism seem to join in a way that is both charming and unnerving.

It is impossible to speak about this unusual inventor and thinker without naming his teacher and colleague, the celebrated Guglielmo Marconi—most well known for developing radio but also responsible for many other curious innovations. Ighina worked with Marconi until his death in 1937, and later carried on his teacher’s efforts through the secrets he shared with him.

While Ighina never invented anything as well known as the radio, his talent brought forth machines with perhaps even more astounding abilities that few would imagine, much less believe were possible.

As a student of magnetic fields, Ighina developed a great number of inventions throughout his life based on atomic vibrations. He also worked with the interaction of fields between the earth and sun, harnessing this energy to regenerate diseased cells.

Ighina’s numerous inventions include a bed of passive resonance, an earthquake neutralizer, and a strange device he dubbed “Elios,” which is said to purify any food matter that comes within its small field of action.

But perhaps none of these strange inventions brought as much pleasure to Ighina as the magnetic stroboscope. He was delighted in its capacity to surprise and amaze curious onlookers on cloudy days.

In 1998, internationally renowned journalist Maurizio Costanzo went to interview Ighina and witnessed a strange propeller spinning above his humble dwelling in Imola, Italy.  Costanzo describes how a hole in the clouds steadily opened and grew as the minutes passed. Later, Ighina admitted that the most satisfying component of his unusual invention was the innocent smiles of children as they watched the clouds retire, as if by magic.

The magnetic stroboscope—which can be compared to Wilhelm Reich’s Cloudbuster—could certainly deliver a magnificent performance. And yet the landmark of Ighina’s work would have to be his discovery of something never before considered by science—a small, elusive, yet fundamental particle he named “the atomic magnet.”

From Apricots to Apples

In over 40 years of study, Ighina put his all into the task of classifying the particle vibrations that had been discovered in each atom found in nature. While observing the level of light absorption of these miniscule particles, Ighina became convinced that scientists had made a mistake in conceiving the fundamental structure of atoms. He maintained that it was impossible to study a particle in perpetual motion without creating a false image.

Owing to this, Ighina devised a mechanism that isolated each atom, consisting of walls of different atoms with decreasing rates of light absorption. It was during these investigations (for which he employed a microscope of his own design capable of magnification of up to 1.6 billion times) that Ighina discovered the magnetic atom—an extremely energetic particle present in all organic matter.

After years of arduous lab work, Ighina discovered the most profound nature of matter—that atoms do not oscillate but vibrate. This revelation led to one of his more curious and brilliant inventions—the magnetic field oscillator. The scientist discovered that if he managed to change the vibratory state of a group of particles, the material itself could transform.

What followed was a series of fantastic experiments in which the field oscillator played a leading role. On one occasion, Ighina set up his apparatus before an apricot tree. He then altered the atomic vibration so that it gradually became the same as that of an apple tree. (He had previously studied the indices of this vibration.) After 16 days, he ascertained that the apricots had mutated, almost completely, into apples.

After this experience, Ighina ventured to investigate the reach of his invention on animals. He altered the vibrational state of the tail of a rat to change it, in four days, into the tail of a cat.

Even though the rat died after such treatment (perhaps its body was incapable of enduring such a rapid molecular change), it prompted Ighina to try an experiment even more revelatory: Through studying the corresponding vibration of the healthy bone of a rabbit, he excited the atoms of another rabbit’s fractured feet until they were healed in record time.

In this way, Ighina understood that sick cells (including cancerous ones) of any individual were possible to cure through a simple, gradual alternation in their vibrational index, if this was correctly calculated.

In short, Ighina had designed a machine that performed marvels. However, in spite of his long list of inventions and mythical anecdotes, Ighina was never recognized as an orthodox scientist by the academic community. Rather, he was either ignored or ridiculed for his daring work.

But some of his colleagues did recognize his genius. “The fact that it is not believed takes place because there are not the necessary tools to understand how it happens,” stated nuclear scientist Guiliano Preparata, defending Ighina’s work.

While Ighina’s work was not given its due by the scientific community at large, he was recognized by a few fellow scientists as a revolutionary pioneer and a great contributor to Italian heritage. Today, not only have foundations, streets, and conferences been founded in his name, but following his death Ighina’s oeuvre has helped to awaken even greater interest in his fascinating work.

Ighina left this world on Jan. 8, 2004, taking with him an important yet misunderstood legacy in which science meets magic. However, he leaves behind a wealth of mysterious ideas and incomprehensible artifacts that certainly inspire further study.