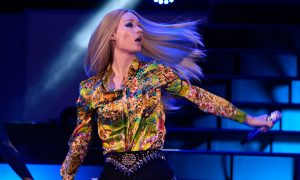 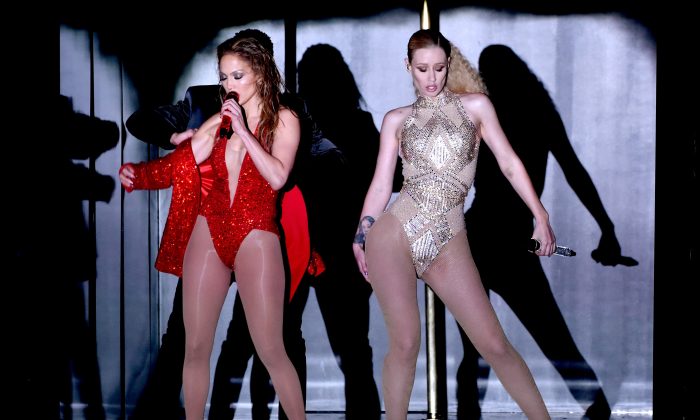 Iggy Azalea Gets Plastic Surgery After Being Inspired by Jennifer Lopez: Report

Iggy Azalea got plastic surgery recently, according to a new report.

Azalea, 24, got the surgery before the American Music Awards to compete with Jennifer Lopez, according to Star magazine.

The pair performed the song Booty together at the awards in November.

“Iggy has always wanted bigger boobs, and there is something about J-Lo that makes you second guess your body,” a source told the magazine.

The source added that Azalea paid plastic surgeon Dr. Ashkan Ghavami a visit, during which he injected her with cheek and lip fillers.

“It looks like an actual implant–fat transfer would not provide the volume she appears to have,” a plastic surgeon who has not worked with Iggy said.

The tabloid then claimed that Azalea underwent something called a Flash Recovery breast augmentation, which requires zero down-time. She increased her chest to a B cup, the tabloid said.

Azalea has been the subject of plastic surgery rumors for a while, but they are unverified, like this latest report.

Fellow Australian Sia was at number 6 for her Chandelier video.

Azalea appeared again on the top 10 list in her collaboration with Ariana Grande on the song Problem.

Nicki Minaj’s Anaconda, Katy Perry’s Dark House, Meghan Trainor’s All About That Bass, and Taylor Swift’s Shake It Off rounded out the top 5.