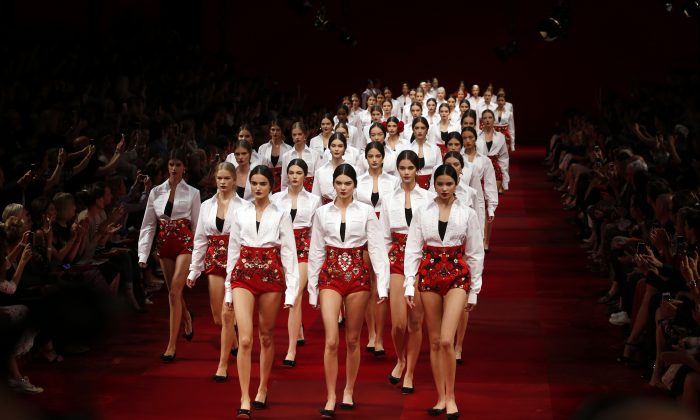 If You Think Newspapers Are Losing Their Credibility, Take a Look at Fashion Magazines

Peter Oborne’s dramatic exit from his role as chief political commentator of The Telegraph has sharpened the focus on editorial credibility. While his resignation and the reasons for it have caused a storm of shocked comment from across the media, the issue is not a new one for the consumer fashion media sector.

As Fashion Week reaches its climax, it’s a good moment to think about the insidious shift in power from editorial teams to advertising brands. Today, those brands appear to call the shots on a significant part of the product-based editorial offer in all kinds of consumer magazines.

Responding to the Oborne controversy, veteran newsman and editor Harold Evans was exercised by two aspects of the problem. First he talked about the editorial credibility of the media outlet. His view was that the very credibility of editorial content was what sold ads. He was also concerned about the development of native advertising – what we used to call advertising features or advertorials.

What Evans highlighted was the trust that exists between an editorial team and its readers. Readers have loyalty to publications and websites because they are trusted to select relevant information and edit in the interests of the readers and users. While the loyalty is perhaps now diminishing, it is part of the ethical behaviour of trained journalists to behave in a trustworthy manner.

You wonder what fashion magazine readers would think about the credibility of their trusted editorial teams if they knew that front covers were sometimes paid for – that is, the cost of the shoot, not as an advertising rate – by an advertising brand. That same brand would have input into the location, the model, the grooming and the garments. Inside the fashion magazines, stylists now have to make up creative ideas for the storytelling of an editorial shoot – the garments used are frequently dictated by the PRs of the advertisers, often head-to-toe outfits.

I recently flicked through a fashion mag where the exact same garment combination was used in an ad for a brand and in the so-called editorial shoot. Even in a media world where there is an unwritten deal that advertisers are always covered editorially this seems a step too far.

It is virtually a badge of honour for newspaper fashion writers to be banned from catwalk shows after a bad review for a designer, but the situation of those writing for fashion magazines is different.

Fashion and lifestyle brand advertising revenue is the lifeblood of commercial success for fashion magazines, particularly in an environment of falling circulations. Never able to be critical, consumer fashion mags used to show their disapproval of collections by not including them in their catwalk reports, but now advertisers demand inclusion as part of the “deal”. The threat to withdraw advertising is a strong incentive to make editorial decisions, and readers might find this disconcerting if they knew about the backroom negotiations.

The internet has not helped matters. The number of bloggers who declare their relationship with brands via sponsored posts is increasing. But there are still many who effectively hoodwink their readers into thinking they are giving an objective judgement on product when they have either been gifted product or even been paid for coverage. You’d think the web would improve transparency, but this is far from the case.

Advertisers have always been cherished and “looked after”, so it was perhaps predictable that their power would increase as audiences fragment and readers get used to getting information for free.

Evans’s view may now be considered an old-fashioned one. News UK has, for example, recently set up a division solely to facilitate native advertising across its titles and websites. And guess what? Rather than being lead by someone from the ad team, former Sunday Times Style editor, Tiffanie Darke, takes the helm.

So while commentators continue to chew the cud on the Oborne resignation, fashion writers covering London Fashion Week will be contemplating how critical, if at all, they can be about a collection they hate while anticipating the negotiations ahead on which garments they will be allowed to feature.