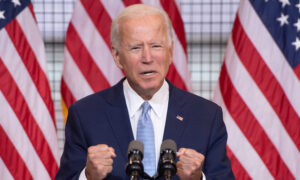 On Violence, Democrats’ Strategy Has Officially Changed From Ignoring It to Dangerously Blaming Trump
0 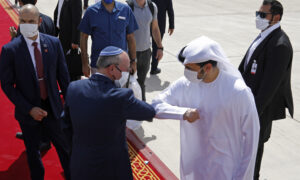 The Middle East Is Voting for Peace and Trump
0

If You Listened Closely, Biden Said a Worrisome Lot

The first debate is in the books, and it certainly was a rough and tumble affair. If you listened closely, however, you heard all you need to know about the November election and who Joe Biden really is.

Keep in mind that debates don’t occur in a vacuum. This is shaping up as a close election because we are such a divided country. No president has won with more than 53 percent of the vote since 1988 and few people cross party lines to vote for the other party’s candidate.

All in all, this election likely will be quite close. Each vote will matter just as it did in in 2016. So, what the candidates said or didn’t say should matter.

On the plus side for Biden, going into the debate, there were questions about whether he could last a full night. While Biden didn’t look overly energetic, he didn’t have that awful moment.

On the negative side, Biden said many things that every voter should have heard and committed to memory.

Biden also refused to say certain things, and everyone should know that, too.

Do you get the picture?

Biden isn’t for realistic law enforcement so you can expect our cities to continue to decline. His policies will sink the economy and still, you will have to pay higher taxes. Otherwise, Biden essentially said you have to elect me before I tell you what I will do.

Every voter should know that and use that information to vote on Nov. 3.