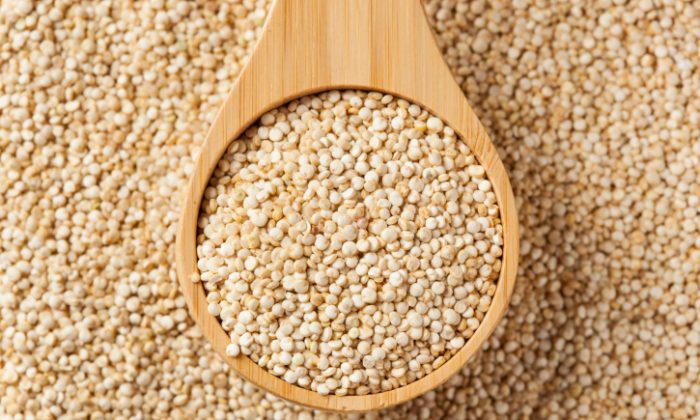 The popular superfood quinoa is expected to become a more common, affordable food with the release of new varieties that can grow in European soil.

Traditionally the grain could only be grown in the Andes at high altitudes near the equator. The extremely restricted growing conditions made it hard to boost production to meet a suddenly increased demand. And the demand has been increasing steadily in America and Europe for this fashionably low-carb., protein-rich, gluten-free food.

The three new quinoa varieties—Atlas, Rio Bamba, and Pasto—should help meet demand. All three were bred through traditional means and can be grown in the Northern Hemisphere at low altitudes. This means supply will be met and prices could fall back more than a third to pre-2006 levels. And not only do consumers benefit, growers are also jumping on the opportunity. This year, French soil was covered in 1,000 hectares of quinoa fields and other countries are picking up the newcomer too.

Boiled quinoa in a bowl. (Thinkstock)

Apart from meeting a demand for healthy food, these varieties grow well in relative saline conditions. Salinization is a global threat to irrigated farm lands and thus global food production. Trials in Chili, Vietnam, and the country with an enormous water crisis, China, are currently underway.