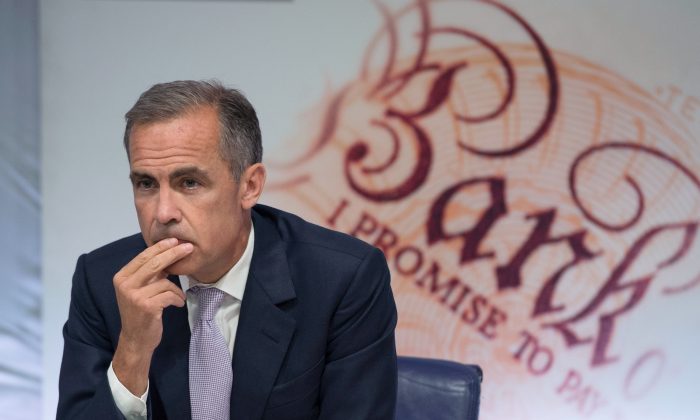 There have been a couple of notable signals about the upcoming EU referendum lately. A public opinion poll showed a clear majority lead for Brexit, then a Financial Times poll of more than 100 leading economists concluded that a vote to leave would damage U.K. growth. But while the arguments for and against are still shaping up, everyone appears to be ignoring how the credit-rating agencies would respond to Brexit.

This is surprising. Only recently, credit-rating agency Standard & Poor’s fired a warning shot, saying that the U.K. would be downgraded one notch on leaving, and this could double if relations with Brussels soured. And unlike Standard & Poor’s, the other two main credit-rating agencies, Moody’s and Fitch, have already stripped Britain of its precious AAA rating—the highest possible. If all three downgraded Britain after a Brexit, the road back to AAA status would be even harder.

Whether or not one agrees with these decisions, they do matter.

Whether or not one agrees with these decisions, they do matter. Sovereign credit ratings estimate the probability that a country will default on its debts. They set the tone for the borrowing costs in international markets both for the country and the financial institutions operating there. Increasing the interest rates that the country pays to borrow means less money to spend on schools, hospitals, and so forth. Downgrades also weaken the share prices of banks that are expected to receive stronger support from their governments—particularly in advanced economies.

The three agencies cite a number of factors that come into their sovereign ratings, including GDP growth rate developments and public finance trends. They provide little guidance as to how they weight each factor, but academics fortunately have studied the agencies’ models extensively and reached the following conclusions:

Taken together, the slight debt and deficit “improvements” justify roughly two-tenths of a notch upgrade. And the fact that GDP is not expected to gain momentum means it won’t offer any contribution either. This is not sufficient to offset a potential downgrade by (up) to two notches if British voters decide to vote against staying in the EU. And there is an increasing risk of the economic outlook deteriorating, according to the latest speech of Bank of England Governor Mark Carney. If so, we can expect less “improvement” in the debt and deficit, too.

My feeling is that we will avoid Brexit, as such a decision would be a ‘jump into the unknown.’

My feeling is that we will avoid Brexit, as such a decision would be a “jump into the unknown.” Nevertheless, I have hopefully shown that the government’s cuts will prove powerless in counteracting a post-Brexit downgrade. And since Brexit looks possible based on the latest polls, the authorities may want to be ready to respond. For instance, the Bank of England should be prepared to defend the government from rising borrowing costs by authorizing additional quantitative easing in the event of a Brexit. Government officials would also want to use all diplomacy at their disposal to avoid additional tensions with our EU partners that are bound to emerge. We need to start planning for this now. Waiting until the day after the EU referendum would be far too late.

Costas Milas is a professor of finance at the University of Liverpool in the U.K. This article was originally published on The Conversation.