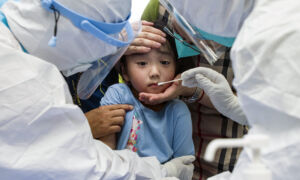 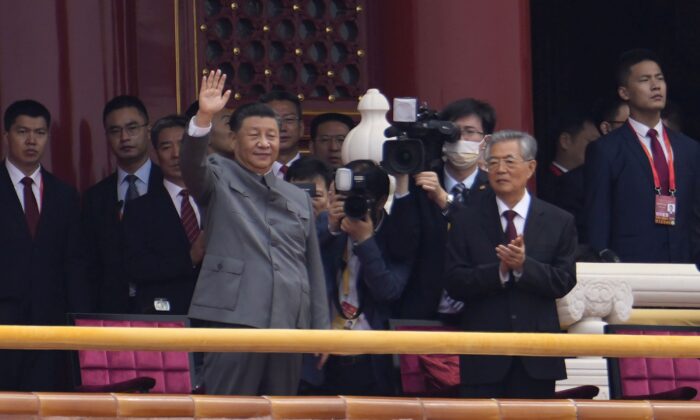 Chinese leader Xi Jinping waves during a ceremony to mark the 100th anniversary of the founding of the Chinese Communist Party at Tiananmen Gate in Beijing on July 1, 2021. (Ng Han Guan/AP Photo)
Viewpoints

If There Is a New Cold War, It’s at Beijing’s Behest

Independent Sen. Yuen Pau Woo delivered a speech to the Canada-China Friendship Society in March in which he lamented the state of relations between the two countries. Causing him much anguish was the argument some have made that this is a cold war that would force Canada to choose between China or the United States.

“It is precisely that we are not in a cold war redux where it is easy to take sides that makes China policy so challenging,” he said.

But just as it was in the Cold War with the Soviet Union, a cold war has already been declared—and not by Washington. The regime in Beijing has been expressing its desire to go this route for quite some time.

Much has been made of the speech Xi Jinping delivered on July 1 to celebrate the centenary of the Chinese Communist Party (CCP), in which he touted the legacy of the Party’s “new-democratic revolution” and said China must “carry out a great struggle with many contemporary features.” He proclaimed that those foreign forces who attempt to “bully” China will “find themselves on a collision course with a great wall of steel.” This is an all-out threat against the United States and her allies for their attempts to hold Beijing to account.

Xi’s address to the CCP’s National Congress in October 2017 expressed similar sentiments, but in perhaps slightly less bellicose terms. Presaging a new era of Chinese power, he said it would be “an era that sees China moving closer to centre stage and making greater contributions to mankind” on the road to a great rejuvenation of the nation. He also issued a call to action to the Chinese people, telling them to get behind the “strong leadership of the Party and engage in a tenacious struggle.”

The targets of such struggle are the West and those elements in society deemed corrupting by the Party. Aspects of the struggle include China’s rapid military buildup and the “ethnic assimilation” campaigns against the Uyghur and Tibetan populations to protect the Party from “subversive” populations. We would be wise to bear in mind that this is a regime that at one time practised such policies as setting killing quotas for “counter-revolutionaries,” as historian Frank Dikötter unsparingly documents in his trilogy on the creation of communist China. The CCP is an organization that has historically known no limits.

The CCP has been this brazen for years, but there’s a tendency among Westerners to negate the ideology that’s at the heart of the regime. In a recent piece for the Hub, policy researcher Sean Speer argues that it’s wrong to describe the U.S.-China rivalry as a cold war since it’s “less about ideological conflict and more about technological competition in strategic areas such as artificial intelligence, biopharma, and semiconductors.” What this analysis misses is what stimulates China’s actions in the current technological in the first place: the CCP’s Marxist ideology. To downplay the ideological element is a mistake.

The CCP politicizes every aspect of society to continually maintain its legitimacy. Haunted by the collapse of the Soviet Union, Xi has emphasized renewing the Party’s ideology and indoctrinating officials and the populace in it. Speaking to his comrades in 2012, he blamed the Soviet collapse on the fact that “their ideals and convictions wavered.” To avoid such a fate, he has once again made the Party the central authority, with no separation between it and its tech companies or the military.

Consequently, the emphasis on ideological commitment inspires among the Party leadership a relentless zero-sum and often paranoid approach to foreign affairs. One of the key factors of the start of the Cold War was Joseph Stalin’s rejection of the Marshall Plan, an act inspired by his commitment to solidifying the communist bloc and his paranoia over capitalist America “enslaving” Europe. What followed would escalate the drift into the Cold War.

“If the United States was going to gain in some way in Europe, then the USSR would have to lose,” explains historian Robert Gellately in his book “Stalin’s Curse.”

Such logic also informs Xi’s calculus. Despite his talk about peace and harmony, the objective of every diplomatic move Beijing makes is to isolate the United States and place itself at the centre. Anything that benefits Washington and the West in any way will be treated as suspect and an attack on China’s “development.”

A cold war is obviously undesirable, but that is what is transpiring. And it’s not the China hawks in the West who have pursued it—it is the CCP that is setting the terms of engagement. It has been clear as to its intent. It’s time we finally started paying attention and preparing for what’s to come.