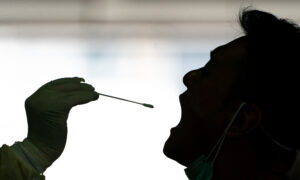 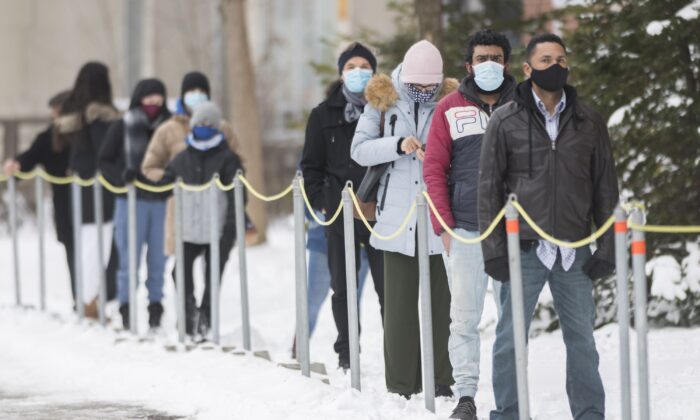 People wait to be tested for COVID-19 at a clinic in Montreal on Jan. 3, 2021. (The Canadian Press/Graham Hughes)
Viewpoints

If the Toronto Maple Leafs Can Have Rapid Testing, Why Can’t Everyone?

One does not expect good news about the Toronto Maple Leafs. (For those unfamiliar with ice hockey, my childhood idols have not won the “Stanley Cup” since 1967 and seem unlikely to do so in the next 54 years either.) But their employees are getting rapid antigen tests for COVID-19. And if you’re wondering how our inept governments accomplished this miracle, albeit for favoured elites not we ordinary shlubs, the short answer is: They failed to get in the way.

According to the National Post on Feb. 1, “It was the product not of a public-health agency edict, but an innovative new screening program launched largely independent of government, and built on surprising corporate co-operation.” The public University of Toronto is involved, through its Creative Destruction Lab (CDL). And apparently the program also benefited from input from novelist Margaret Atwood, which is more than readers ever did. But never mind.

The point is, she asked why there weren’t COVID tests as simple and rapid as pregnancy tests. And unfortunately, I know the answer: Our governments actively obstructed access to them because they thought we were too stupid to understand them and, if we tested negative, might impertinently demand to be unchained before our sanity and the economy crumbled.

Last Oct. 9, Health Minister Patty Hajdu said, “Around the world, there are very high-profile examples of how rapid tests have actually added confusion and increased the risk of infection.” Though speaking of confusion, about a week earlier the prime minister was asked when on earth we’d finally get this obvious tool and went bwa bwa bwa the other way: “In the coming weeks, the Abbott ID NOW rapid test will be deployed to help Canadians across the country with rapid testing.”

He was of course lying. You can’t get one four months later and neither can I. Or rather, he was saying whatever sounded good without grasping the theoretical distinction between truth and falsehood, or caring. Thus Trudeau and Hajdu, while contradicting one another, were both as wrong as they were pompous. Rapid tests work and you still can’t have one, though special people can.

The Post story called the corporate co-operation “surprising.” Which is itself surprising since corporations are all about co-operation. Firms that sell doughnuts and coffee co-operate with sellers of flour, delivery services, cups, ovens, insurance, etc. To some extent, they compete directly with other coffee shops and indirectly with other restaurants, though a range of options increases people’s willingness to eat out so it’s an elaborate dance. But companies only make payroll every Friday through continuous co-operative exchanges up and down the supply chain from farmers to people drinking coffee. Which includes farmers, so I again recommend Leonard Read’s “I, Pencil” to anyone not dazzled by the miracle of markets.

As Read insists, nobody can have enough information to plan an economy centrally. But prices incorporate all the information anyone needs to make decentralized marketplace decisions. So now listen to the CDL’s Joshua Gans, author of “The Pandemic Information Gap”: “We didn’t have to have all these lockdowns and restrictions if [we] could just work out who among the population was infectious and isolate them.” But the state couldn’t. D’oh.

Gans added, “It doesn’t take a rocket scientist to come up with that idea, that’s for sure, but it was not really appreciated at all.” Well, not by the pompous public sector nits going bwa bwa bwa about how everything was under control if we would only do whatever it was they just said and not ask questions.

The Post commented, “It all raises the issue of why it took the private sector—as opposed to government—to implement what seems like an eminently sensible way to try to hasten the return to normalcy.” Which another CDL professor, Ajay Agrawal, conceded was a fair question “but not one I can answer.” Well, hold my beer.

See, one thing the politicians and their expert enablers did know is they could order us to stay home and we’d have to. Unlike corporations, often abused as powerful and sinister, which can’t lock you out of a rival facility or cram their doughnuts into your craw, but only hope you show up and buy their coffee.

Governments need a thumbs-up once every four years on a bundled array of vague promises in competition with other rude fools who generally don’t disagree with them much. But between elections they can’t bleed customers to less horrible rivals.

The result is predictable. The Toronto Maple Leafs are rich and important, unlike you and me (and if you are rich please make a monthly pledge at johnrobson.ca) as are CDL professors. So they can avoid the self-important state sludge the rest of us must swallow.

I’m sure there’s a lesson here if I could just swab it.