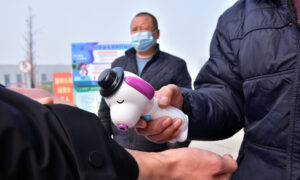 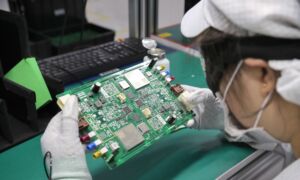 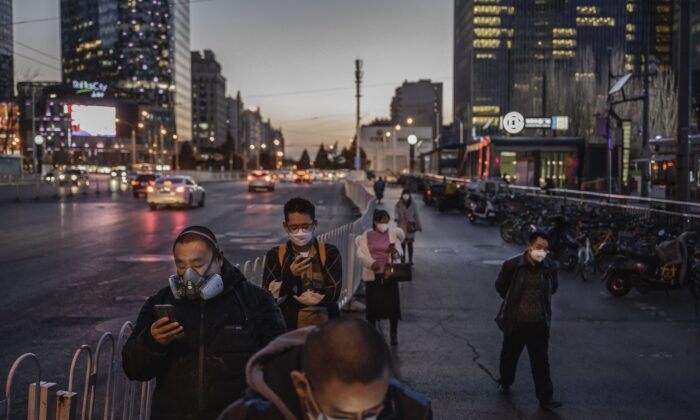 Chinese commuters wear protective masks as they line up to wait for a bus in Beijing on March 20, 2020. (Kevin Frayer/Getty Images)
China Business & Economy

China’s industrial production is likely to rebound somewhat in March following a deep contraction in January and February as a result of the CCP virus.

As Chinese workers attempt to get back to work and factories prepare to reopen on a wide scale, Beijing hopes that a severe economic crisis is in the rearview mirror.

Except it won’t be.

That’s because the crippling effects of the Chinese Communist Party (CCP) virus, commonly referred to as the novel coronavirus, are just beginning to be felt abroad. China’s monthslong supply shock is turning into a potentially devastating demand shock that will serve as another blow to its already battered economy.

In other words, the CCP virus will hit China twice.

This month, the CCP has been eager to get people back to work to jumpstart the economy.

Early readings in March confirm that some parts of China’s economy—the portions directly controlled by the government—are resuming. “While business activity in utility, infrastructure-related machinery, and express delivery has fully normalized, production of autos, electronics, heavy-duty trucks, steel, and property construction remains at 70–80 percent of normal levels,” according to a March 20 Morgan Stanley note to clients.

The latter part of that reflects decreasing demand both domestically and abroad. And it’s expected to worsen.

During the first two months of 2020, China’s economy was at a standstill amid the CCP virus outbreak. Beijing released a slew of official economic data earlier in March, most of it measured in January and February combined.

The National Bureau of Statistics reported that urban unemployment surged to 6.2 percent in February, which is not a reliable figure given China’s disjointed employment reporting methodology. But even those official figures suggest that more than 5 million people lost their jobs.

To China, January and February represented a so-called supply shock. The country is the world’s manufacturing hub. Global customer demand was there, but China was unable to produce as factories closed and migrant workers were stuck at home.

China will release official first-quarter GDP (Gross Domestic Product) figures in early April. They’re widely expected to be negative due to such production stoppages across much of the country.

Just as China brings production capabilities back, the demand for Chinese goods has rapidly evaporated.

The CCP virus, which China exported to the rest of the world, has now crippled the global economy. In a matter of weeks, the world’s factory suddenly had no customers to sell to.

For example, Ford Motor Co. and General Motors—the two largest U.S. automakers—announced that they would shut down factory production at least through the end of March to combat the pandemic. Automakers in Europe, including Volkswagen and Renault, have followed suit. That means demand for hot-rolled coil steel, a main export of China, has dried up.

The global pandemic has shuttered schools, businesses, shopping centers, and factories globally—all of which will hurt demand for Chinese manufactured goods. The Dow Jones Industrial Average dropped more than 17 percent in the week that ended March 20, the biggest weekly drop since the 2008 global financial crisis.

Even domestic demand inside China is slow to pick up. Restaurants outside of Hubei Province have mostly reopened, but sales are slow. Many large restaurant chains told Caixin, a Chinese financial magazine, that “their cashflow remains well below half of what it was prior to the outbreak, even after adjusting strategies and shifting focus to deliveries and catering.”

On the ground, many malls and shopping centers are finding foot traffic to be well below levels before lockdown measures were put in place to prevent the virus from spreading. Auto sales were crushed in February, but the first half of March was barely a respite. Retail sales of passenger cars in China during the first 15 days of March were down 47 percent, according to official data from China Passenger Car Association, cited in a March 18 Reuters report.

All of this confirms that a V-shaped economic recovery, which Beijing hopes for, is becoming a pipe dream.