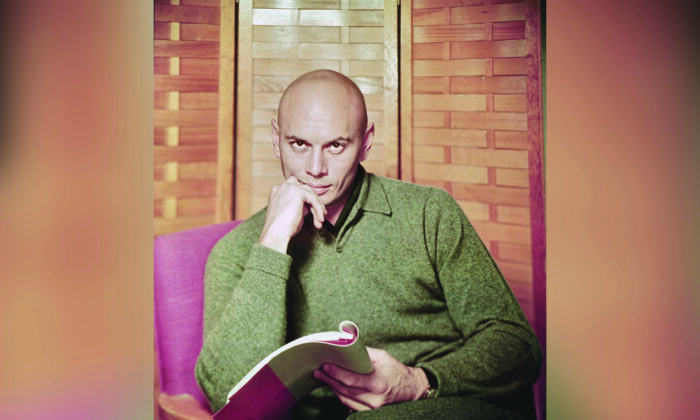 "The King and I" star Yul Brynner with a movie script circa 1960. (Archive Photos/Getty Images)
Viewpoints

If Hair Loss Can Devastate Us Psychologically, We Don’t Know What Adversity Is

Possibly you didn’t know Jimmy Stewart wore a toupee. Or left Hollywood to serve in World War II, not in a safe PR job but piloting B-24 Liberators over Germany, rose to colonel from private in just four years, and won the Distinguished Flying Cross. Or, if you are the voice of youth, who Jimmy Stewart was. Let alone that he thought ours was a wonderful life.

I bring it up in hopes that you will soon watch his Christmas classic along with the 1951 “A Christmas Carol.” But also because a major feature in the Nov. 29 National Post asks “Are we witnessing a new dawn for hair-loss treatments? Amid increasing evidence that baldness can have a severe impact on the mental health of both men and women, scientists are pushing forward with a raft of new hair-loss techniques.”

I don’t want to come across as follicle-privileged here. So I should confess that my hair mostly does what it’s told including “Hey, hair, don’t fall out” before asking how baldness can crush your psyche.

In this era of militant opposition to “gender essentialism” I may be unable to admit it could be worse for a woman. But a guy, at least, can just shave his head and imagine he looks like “the Rock” or, for people who know who Jimmy Stewart was, Yul Brynner.

In a powerful post-mortem video, Brynner said smoking had a severe impact on his physical health. But baldness was a big deal for him too: shaving his head helped make him a massive Hollywood star. Still, into each life a little rain must fall.

Not just on him. Speaking of things you never heard of, we used to get a book of “Giles” cartoons from an aunt every Christmas, including one where a shaggy hipster is dragged to the barber by his girlfriend with the caption “Tough luck on poor Sid; his hair was a wynner. Took three years to grow; then along came Yul Brynner.” I quote from memory and may have the punctuation wrong, but you get the idea.

Or do you? How can we be in a situation where hair loss has a severe impact on the mental health of men and women? Have we nothing more to worry about?

Perhaps the very old fear that luxury would turn people into what we now call snowflakes has been confirmed. I remember Thomas Sowell’s irritated observation years back that “It is hard for me to sympathize with young people who are trying to ‘find themselves.’ When I was their age I was trying to find the rent.” Or, in Jimmy Stewart’s case, the target.

Maybe “finding yourself” isn’t how they express it now. But we could be facing a kind of law of the conservation of angst. Many economists think advances in safety do less good than you’d expect because humans have a fixed tolerance for risk, distributed in a bell curve of course, and react to seat belts by driving faster, and to fancy hockey gear by colliding harder. And by analogy we might worry about pronouns if there’s no Hitler.

That explanation only gets us so far. It is true that with less road carnage and cigarette smoking, the United States in particular has seen a worrying rise in other dangerous conduct that doesn’t even sound fun. But it’s not just offsetting. In many countries including Canada, instead of money buying happiness or nothing, it seems to have bought misery. Physical and especially mental health appears to be getting worse, particularly among youth. Survey after survey finds them anxious and unhappy, with soaring use of antidepressants and worse.

Something is wrong. But instead of Vladimir Putin, Xi Jinping, or Iran’s nuclear program, we’re in a rage, or tailspin, over bald spots and trivial temperature increases. I don’t find jeering at a “climate cult” achieves much morally or intellectually. But it is striking how clearly a sense of sin and the need to repent grips people, then gets deflected to Gaia.

So perhaps a major problem is an inescapable sense that we are not as we should be and must make amends that lacks metaphysically convincing outlets. In one of my recent online “Words Worth Noting” (from writer and critic Kenneth Tynan, who would know) “A neurosis is a secret you don’t know you’re keeping.”

Malcolm X once said if some people “gave the brains in their heads just half as much attention as they do their hair, they would be a thousand times better off.” So can we witness a new dawn for the realization that if we nod solemnly at the claim that baldness can devastate us psychologically, the problem is not above our scalps?

Either our lives aren’t wonderful, or we can’t recognize that they are. Neither can be cured by innovative surgical procedures.