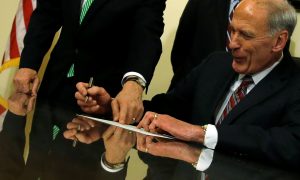 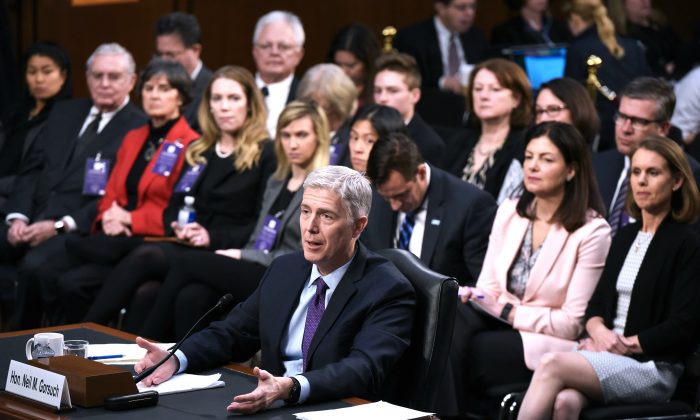 During sometimes tense confirmation hearings, senators grilled Supreme Court nominee Judge Neil Gorsuch in an attempt to draw out how he would shape future decisions. Perhaps the most consequential of Gorsuch’s views is his belief that a 1984 Supreme Court decision should be overturned.

At issue is the Supreme Court’s Chevron decision (Chevron U.S.A., Inc. v. Natural Resources Defense Council, Inc.), which deals with the authority that federal agencies have to make rules.

Federal agencies must make rules in order to implement federal legislation. Chevron holds that when Congress has passed legislation that is ambiguous or silent on an issue, courts must defer to an agency’s rule, provided that rule is “reasonable.”

Gorsuch charges that this deference to agencies—known as Chevron deference—concentrates power in the hands of the agencies, causes judges to lose their independence and ability to determine what the law is, and endangers the rights of plaintiffs.

I am not a big blame guy, but I am a look inside guy.
— Supreme Court nominee Judge Neil Gorsuch, during his confirmation hearing

In August 2016, Gorsuch took the unusual step of writing both the 10th Circuit’s opinion in the case Gutierrez-Brizuela v. Lynch and a concurrence to his own decision. He used that concurrence to set out reasons for opposing the Chevron doctrine.

The petitioner in the case, Hugo Rosario Gutierrez-Brizuela, was an illegal immigrant who had been denied by the Board of Immigration Appeals the right to ask for prosecutorial discretion on his bid to stay in the United States. The 10th Circuit had earlier ruled that individuals in Gutierrez’s situation had such a right, and that ruling was the law when Gutierrez applied for prosecutorial discretion. But the board applied its rule retroactively. Gorsuch determined that Chevron deference did not apply retroactively and found for Gutierrez.

In Gorsuch’s confirmation hearings, Sen. Amy Klobuchar (D-Minn.) commented that in the Gutierrez case, Gorsuch sounded like he was calling for overturning Chevron.

Since Robert Bork was denied appointment to the Supreme Court in 1987 after he discussed in detail his views on constitutional law, nominees have typically played rope-a-dope with the senators, trying to avoid giving the lawmakers a clean shot at them. Court nominees refuse to answer questions that might limit how they would judge in the future—which takes most issues off the table—and they generally seek to avoid controversy.

Gorsuch played to type and said he was just reporting to his bosses about a problem in the law that he felt needed attention. But Klobuchar was on to something.

Toward the end of his Gutierrez concurrence, Gorsuch asked whether Chevron can avoid the chopping block, and explained why, as a procedural rule, Chevron is not afforded the respect due other kinds of precedent and so can be overturned. He also speculated on what the differences would be should Chevron be rescinded.

Gorsuch said that under Chevron, the powers separated under the constitution were combined. “An administrative agency may set and revise policy (legislative), override adverse judicial determinations (judicial), and exercise enforcement discretion (executive),” he wrote.

He compared this to the founders, who “considered the separation of powers a vital guard against governmental encroachment on the people’s liberties.”

The Brand X decision requires courts to overturn their own decisions in favor of agency determinations; judicial determinations are thus not authoritative and may be overturned for political reasons.

Gorsuch wrote that it has always been a principle that the courts determine what the law is, but Chevron puts that power in the hands of the executive’s agencies. But if a judge surrenders the duty to decide what the law is, the judge has surrendered the office of being a judge.

In addition, having executive agencies determine what the law is raises problems of due process and equal protection under the laws, according to Gorsuch.

Under Chevron deference, he wrote, people don’t have fair notice of what the law is, which is necessary for due process. They must try to guess whether a law is “ambiguous” and whether an agency rule is “reasonable.” Beyond that, if the political situation changes, the agencies’ rules can do a 180-degree turn, and different people can end up being treated in different ways under the same law.

Philip Hamburger, author of “Is Administrative Law Unlawful?”, raised an important criticism of Chevron not considered by Gorsuch, in an article for the George Washington Law Review.

If judges are required by Chevron to defer to the determinations of federal agencies, then, Hamburger argued, the judges are bound to prefer one party—the government—in a lawsuit.

In an article for The New York Times, Hamburger said, “Chevron therefore cannot be reduced merely to the separation-of-powers concern—important as that is. Chevron bias also raises serious civil liberties issues, because each party has a constitutional right to an impartial judicial proceeding.”

Those who support Chevron see the political accountability of agencies to be a strength, rather than a threat to liberty.

An unsigned note in the June 2010 Harvard Law Review argues that “agencies are more expert and more politically accountable than courts and therefore more suited to the often complex and policy-driven task of administrative statutory interpretation.”

Whatever the merits of these views, the Supreme Court has recently been backing away from Chevron. In a 2015 article published on the Powerline blog, Hamburger pointed out that the Supreme Court’s upholding of the IRS’s interpretation of the Affordable Care Act in the decision King v. Burwell did not rely on Chevron.

Hamburger also noted that Justice Clarence Thomas, in a concurrence to the court’s rejection of the Environmental Protection Agency’s interpretation of the Clean Air Act in the 2015 Michigan v. EPA case, said the agency’s “request for deference raises serious questions about the constitutionality of our broader practice of deferring to agency interpretations of federal statutes.”

In June 2016, the Supreme Court refused to grant Chevron deference to the the Labor Department in the case Encino Motorcars, LLC v. Navarro et al.

Gorsuch has made the case for ending Chevron deference. Should he make it to the Supreme Court, he will have the opportunity to persuade his colleagues to join him.