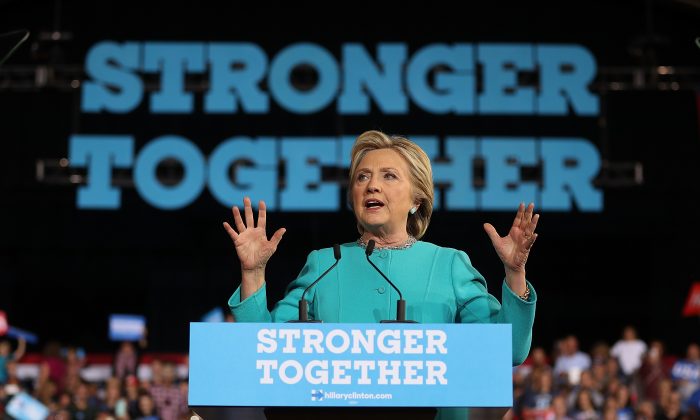 If Clinton Wins, What We Can Expect

It is difficult for friends of the United States anywhere in the world to believe that Donald Trump could be elected President on this election day. Many of us, like millions of American voters, consider him the least qualified candidate ever to be nominated.

Hillary Clinton should win handily for myriad reasons, including the fact that she is probably the best-qualified candidate ever nominated. What might Americans and the world expect from her administration?

Her 2014 book, “Hard Choices,” is in large measure a 600-page campaign platform. It frequently goes beyond what she has indicated during her tenure as first lady, twice-elected U.S. senator from New York, and Barack Obama’s first secretary of state. On some foreign issues, including ones in the Middle East, she puts considerable distance between herself and President Obama.

There will be more reorienting of American foreign policy towards “smart power,” by which she means choosing the best combination of diplomatic, economic, military, political, technological and cultural tools in any situation. The United States remains the “indispensable nation” for her, but she seems more committed than other contemporary presidents to reach out to her own civil society and those of other nations to build a world, as she puts it, with “more partners and fewer adversaries.”

In a section on Europe and NATO, she notes: “Many Americans may take our relationship with Canada for granted, but our northern neighbor is an indispensable partner in nearly everything we do around the world.” A Clinton administration should aim much higher on a range of hemispheric issues, including the Arctic and NAFTA.

On foreign policy generally, Clinton is likely to adopt a more sophisticated approach- one with, as she puts it, “buy-in from our entire government, beginning with the White House.” For example, Clinton is clear-eyed about the nature of “state capitalism” and other features of authoritarianism in China, Russia and elsewhere, giving as an illustration what almost happened to Corning Inc. and thousands of New Yorkers’ jobs. The rules of the World Trade Organization, she asserts, must be respected by all member nations; she presumably favors much more vigorous trade law enforcement by the United States.

The United States has lost about 54,000 manufacturing facilities and 24 million related jobs during the past several decades, creating its current trade deficit in the $475 billion range. A Clinton administration would hopefully listen to people like Dan Dimicco, who headed Nucor, the largest American steel company and steel recycler in North America.

Each of Nucor’s 22,000 employees is a full team member and no-one has been laid off in 40 years even when many other U.S. steel companies were under bankruptcy protection. Like many other Americans, Dimicco wants manufacturing restored to its former important role in the American economy. The No.1 job killer in manufacturing is currency manipulation, providing massive cost advantages to predatory foreign competitors like China.

Clinton’s work with Russia, China and other governments on Resolution 1929 in the UN Security Council successfully imposed the toughest economic sanctions ever on Iran’s regime. As secretary, she then used “smart power” to apply them effectively. Whatever the merits of the nuclear agreement, there is no doubt that the sanctions made negotiations possible.

The final section of “Hard Choices”— “The future we want” —should win Clinton new friends at home and abroad if pursued. On trade, she is positive overall about it as a means of lifting families out of poverty around the world, but voices concerns, including, “ending currency manipulation, environmental destruction and miserable working conditions in developing countries.”

Clinton has positioned herself over many years and in her latest book as a quintessential American, defender of the Universal Declaration of Human Rights and an idealist realist leader. She indicates eloquently how she thinks her country can, in fellow Illinois native Abraham Lincoln’s words, continue to be “the last best hope of earth.” If elected today, she will probably shatter what she has termed “the highest, hardest glass ceiling” and go on to become an excellent president.