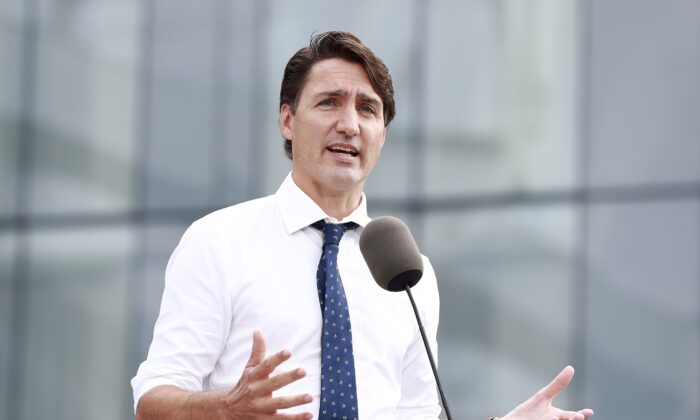 If Canada Is Committing Genocide, Why Does Trudeau Want to Lead it?

Without question, the most precise and perceptive analysis of the 2021 federal election came from an expat Canadian at the University of Oxford.

Though it was published on election day itself and so came too late to affect the vote as it should have, it’s essential reading for every Canadian from now until the next vote call sounds.

“It must be one of the very few democratic elections conducted by a country which, by the admission of its own government (that would be Mr. Trudeau’s), is committing a genocide at the same time,” Yuan Yi Zhu wrote on UnHerd.com

By “very few,” Yuan undoubtedly meant “unheard of in the entire history of genocides,” democratic or otherwise. Or at least since the term was coined by Polish writer and Holocaust survivor Raphäel Lemkin in 1944. What political leader campaigns for the votes of the people the leader has acknowledged are targets of an extermination campaign?

Yuan, a lecturer and DPhil (PhD) candidate at Oxford, who did his undergraduate degree at McGill, says such a leader has only one move after a mea culpa like that.

“The logical thing to do for such a genocide-committing government is to surrender collectively to face trial at The Hague, or at the very least to resign in disgrace and shame,” he notes.

Yet there was Canada’s prime minister visiting the Governor General on Aug. 15 seeking to dissolve Parliament and cast the country into a late-summer, mid-pandemic vote. His call came only 73 days after he publicly reaffirmed the declaration of the 2019 National Inquiry Into Missing and Murdered Indigenous Women and Girls that “what happened amounts to a genocide.”

“Mr. Trudeau … obviously doesn’t think that a mere genocide should stop him from winning a third term in office,” Yuan pointed out with measured understatement.

It is an obvious conclusion, though not the only one available. Another possibility is the PM doesn’t really believe the racist violence inflicted on our indigenous compatriots throughout our history, culminating in horrors such as the disappearance and murder of indigenous women and girls, constitutes a true genocide. In that case, he would find support among prominent historians who object to their own Canadian Historical Association claiming Canada is guilty of genocide against its indigenous population.

Obviously, that would raise the question of why Trudeau would say one thing, e.g., “it amounts to a genocide,” when he actually believes the opposite, e.g., “it does not amount to a genocide.”

It suggests another possibility, which is that Trudeau says what has happened to indigenous people is genocide because he sincerely believes it “amounts to a genocide” (“amounts”?). But alas he is, sigh, a very busy prime minister and every day that he ticks things off his to-do list, why, that darn list just fills in again, and genocide, being big and dark and difficult to deal with, falls to the bottom again. There’s always something more urgent.

Such as? Well, taking one of many examples, warning Canadians that pro-choice Conservative leader Erin O’Toole secretly wants to recriminalize abortion or, at a minimum, allow those nefarious Tory candidates who won’t disclose their vaccination status to sneak abortion in through Parliament’s back door.

Yet even if we accept that—why wouldn’t we?—another question is provoked. Given that the prime minister controlled the timing of the election, and given that as Liberal leader he had final sign-off on his own party’s agenda for the election, why did he need to issue an urgent call after the writ was dropped for “big ideas” from his membership, candidates, and incumbent MPs?

Genocide being genocide, wouldn’t stopping it be, say, one of maybe two necessary and sufficient big ideas for a short campaign? The pandemic would clearly be the obvious other big idea, but if you were going to rank them, well, the pandemic is a public health panic and the genocide is state-implicated mass destruction of a defined population. So, wouldn’t a leader come out of the box telling his troops: “Call me reckless, but we’re going to promise Canadians an end to indigenous genocide. It might be a tough sell on the doorsteps, but it’s called accountability, my fellow Liberals.”

Curiously, however, indigenous concerns only made an extremely brief campaign appearance when Jody Wilson-Raybould, Canada’s first female indigenous justice minister, released a book detailing how Trudeau drove her out of cabinet and then tossed her out of the Liberal Party.

But boil-water advisories on reserves? Mercury poisoning of First Nations people? Poverty? Drug addiction? Murdered and missing indigenous girls and women? You know, the nitty gritty daily details of, uh, what amounts to genocide? In the immortal words of Simon and Garfunkel: The sound of silence, my fellow Canadians.

Thank heaven, then, for a Canadian expat who saw the game afoot and called it precisely and perceptively. Until the next election call, Yuan Yi Zhu’s words should be on all of our refrigerator doors if not tattooed on the backs of our hands.