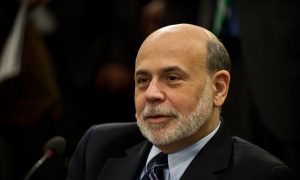 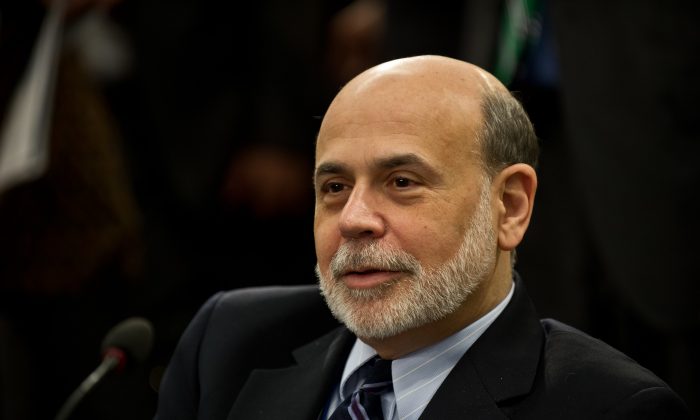 If Bernanke Steps Down, Geithner Might Be Surprise Successor

If the chairman of the Federal Reserve steps down at the end of his term in 2014, nobody can say they haven’t seen it coming. Analysts believe that Ben Bernanke’s carefully planned exit will set the stage for a surprise candidate and a shocking change in Fed policy.

In fact, Bernanke’s exit has been carefully planned since last year. At first, some reports in the media surfaced that Bernanke had grown weary of his duties, after intense years of economic and financial crisis.

“I don’t think that I’m the only person in the world who can manage the exit,” he told reporters when asked about how the Fed would unwind its unprecedented policy of easy money.

The next big hint was dropped last week, as Bernanke announced he would not attend the annual monetary symposium at Jackson Hole in August this year “due to a scheduling conflict.”

This seems far-fetched, as the date of the conference is well-known and Fed chairmen have attended the event for the last 25 years without fail. They often gave clues about future monetary policy there. In 2010 for example, Bernanke stopped a stock market slump by hinting at additional “quantitative easing,” or asset purchases through the Fed.

This year’s symposium will instead be used to set up Bernanke’s successor, who will likely deliver the keynote speech. Two types of candidates present themselves.

Many observers see the Vice Chair Janet Yellen as a logical successor. An esteemed academic like Bernanke (Yellen’s Alma mater is the University of California at Berkeley), she supported all of Bernanke’s accommodative policy moves. She also has been at the Fed since 1994 and knows the organization inside out.

“I think she’s the No. 1 choice. She’s the one that’s got the most continuity. She’s got a great resume that supports it as well. She’s not necessarily more dovish than Bernanke,” Mesirow Financial chief economist Diane Swonk told CNBC.

Other analysts believe, however, that it is precisely Yellen’s similarity to Bernanke that makes her an unlikely successor.

“Ben Bernanke seems like a brilliant political economist and a decent guy, the top of his field in terms of comportment, academic credentials and specific competence in understanding historical monetary policies during a counter-cyclical (that is, deleveraging) period. Perhaps Janet Yellen is too?” hedge fund managers Paul Brodsky and Lee Quaintance wrote in a note to clients.

They think that leaders are looking for other qualities in the next Fed chairman, as the going might get rough next year.

“A thick skin, diplomatic skills, and strong relationships with global banks and monetary policy makers will be the skill set most needed. We think Tim Geithner (with Bill Dudley [president of the New York Fed] as an alternative) will take over the Fed when Ben Bernanke steps down next January, and it seems by all indications that the table is already being set.”

Tim Geithner chose not to serve a second term as secretary of the Treasury and stepped down this January, so he would be available to take the Fed post. Brodsky and Quaintance think that the surprise candidate might be needed to oversee the transition to a new monetary order.

The portfolio managers believe that excessive debt and leverage in the banking system can only be removed if the dollar is pegged to gold. “They will have no choice but to replace it with a gold exchange standard they oversee (that is, a gold-standard-light, “Bretton Woods” type reset),” they write. The time could be in 2014. Geithner would be the ideal candidate to execute it.