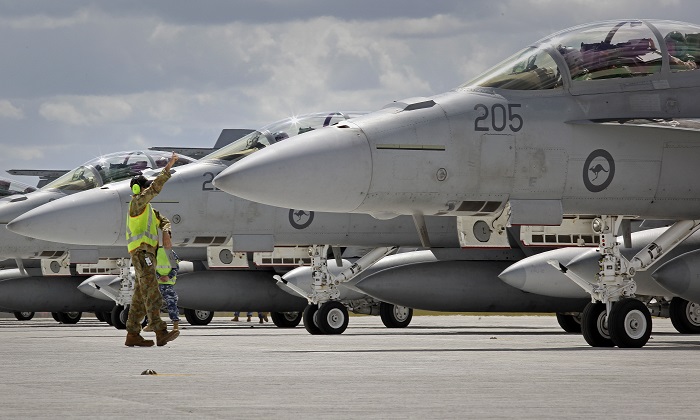 If Attacked, Australia’s Defense Would ‘Collapse in 19 Days’

If Australia was attacked by a foreign power, the country’s defense forces would not last much more than a couple of weeks, a former military official has warned.

The main issue is fuel supply, said Jim Molan who was the chief of operations for coalition forces in Iraq, in an interview with the ABC.

Molan, an incoming senator with the ruling Liberal party, said his country’s military could be grounded within 19 days of an attack due to a desperate lack of fuel reserves.

“We are almost unique throughout the world in that we don’t have a government-mandated strategic reserve of fuel,” Molan said.

Both air forces demonstrated their ability to work together during Exercise LIGHTNING FOCUS pic.twitter.com/WuIi4Ehryj

“You can have all the fantastic equipment this government is building and buying, but if you haven’t got fuel and you haven’t got missiles for them, then we’ve got a discontinuity at the centre of our strategy,” he said.

“There are things that we can probably never build in this country, such as the Joint Strike Fighter and the most advanced missiles,” he continued.

“But we should guarantee their delivery to Australia — which you can rarely do — or we should have them in warehouses.

“Unless we have a plan to get them when we need them … then I, as an ex-military commander, wouldn’t want to cross the start line in doing something militarily unless I had those warehouses behind me.”

The 2016 Defence White Paper cautioned that Australia’s reliance on fuel imports was a risk given tensions in the South China Sea. Beijing claims nearly all of the contested sea as its own territory and is building artificial islands to back up its claims. Much of Australia’s refined fuel is shipped through the area.

Around the same time as the white paper was released, retired Air Vice Marshall John Blackburn gave a similar warning to Molan’s about fuel supplies.

“If you had a major interruption of fuel input, defence would grind to a halt very quickly because you can’t do anything,” said Blackburn, reported the ABC.

“The investment in ships, planes and the army is very necessary but it has to be balanced,” he said. “If you can’t get the fuel to any of those elements … then you’ve wasted about $30 billion a year.”

In his interview with the ABC, Molan also cautioned that military support from the U.S. could no longer be assured.

The U.S. he said is not the military force it once was and Australia’s should adjust and increase its own expenditure, he said.

“That should be ringing bells all over the world,” Molan said.

“John McCain, who is the chairman of the Senate Armed Services Committee, says exactly the same thing: America’s military advantage is eroding particularly when it comes to Russia and China,” he said.

Molan said the relationship between Canberra and Washington continued to be strong despite the decline in U.S. military capabilities.