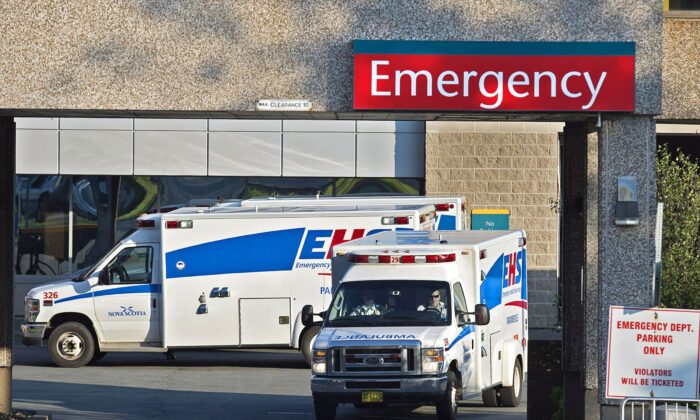 Ambulances outside the Dartmouth General Hospital in Dartmouth, N.S., in a file photo. A major epidemic would overpower Canada’s health care system largely because of a shortage of hospital beds. (The Canadian Press/Andrew Vaughan)
Viewpoints 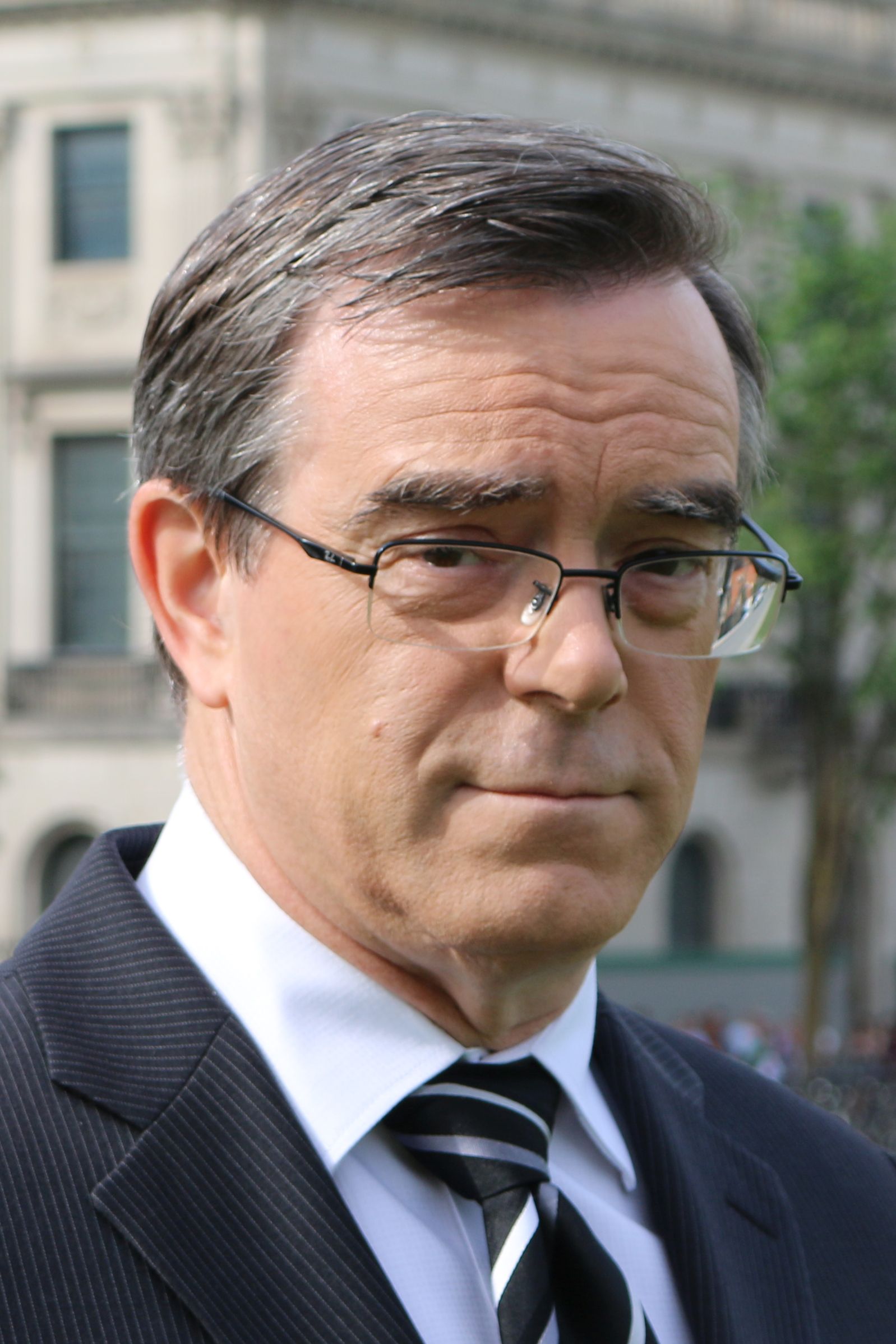 There are lots of ways the world could end. There’s even a TEDx talk on eight possible ways by Stephen Petranek, the guy who did the famous TED talk on “10 ways the world could end.” My favourites are an asteroid and an epidemic. An epidemic is first in Petranek’s “eight ways” talk. And apparently Canadians should worry about epidemics because if one destroys civilization it will also take out our beloved health-care system.

Yes, it’s the Canadian perspective on the world ending. And yes, I’ve worried about epidemics ever since I heard of Ebola, which is very nasty but apparently not liable to spread rapidly. But a story this week in the National Post says we should definitely not relax.

The headline was “Canadian officials closely monitoring mysterious virus,” which, in “Yes Minister” style, means doing nothing while mumbling reassurances. The subheading says, “Has caused atypical pneumonia in at least 59 in China.” And China is a persistent source of worrying outbreaks from SARS to African swine fever because it’s big, crowded, and has a communist government, which messes up almost everything including health care, then tries to hide it. But here’s the Canadian angle, in a big blue pull quote: “Going to be scuppered because we do not have bed capacity.”

The facts in the story are pretty clear and pretty scary. This “mysterious virus based in China” has only caused a few dozen cases so far, and we know what it’s not, including SARS and bird flu. But not what it is. And it could fizzle out. But, as the story notes, “global infectious disease officials have long warned that another pandemic is coming.”

Obviously highly urban, highly mobile populations are vulnerable to such things. But here’s the Canadian angle. We are especially vulnerable, warns Alan Drummond of the Canadian Association of Emergency Physicians about Ontario, in particular “because of chronically overcrowded hospitals.”

A strange problem for a wealthy society. But nobody doubts It. Our hospitals are so overcrowded that “hallway medicine” has been a chronic complaint in this country for three decades. As a result, it doesn’t matter how good our diagnoses, labs, and even ERs are if a pandemic hits because, as Drummond says, “we do not have bed capacity.” He imagines tents in hospital parking lots, which might have especially big drawbacks in February given our climate. Drummond adds the banal point that efficiency plus resilience should see about 85 percent of beds filled normally, but Ontario hospitals are typically at 100 percent or higher.

Higher than 100 percent? Yes. They’ve been storing us in corridors and even diagnosing us there for decades. And naturally the knock-on drawbacks include ambulances at “Code Zero” because they’re sitting in the parking lot waiting to offload patients for whom there is no bed. They give the problem fancy names. But as Drummond bluntly said, “when we say no surge capacity, what we mean is one major epidemic and we are screwed.”

So about that bed capacity. How can it be happening in a nation like Canada? Especially when a quarter-century ago we won the battle of ideas over market mechanisms even in health care.

You don’t want to hear my old war stories. But I’ve been writing about public policy for so long my suits fit when I started. And in those early, heady days when I worked for the free-market Fraser Institute (and didn’t discuss my own knees with my doctor) and warned repeatedly that Canada’s health system responded to political not economic incentives, we were winning the battle of ideas.

The sort of interventionism espoused by the likes of John Kenneth Galbraith and implemented by the likes of Pierre Trudeau pretty much vanished intellectually by the mid-1990s when Jean Chrétien and Paul Martin balanced the budget to save big government. Everybody who mattered became a neoconservative, a word here meaning one who pursues liberal goals through conservative means. And it seemed to work, from Roger Douglas’s reforms in New Zealand, to Reaganomics that yanked the United States off the rubbish heap of history and dumped the Soviet Union there, to free trade in Canada.

The strange and discouraging thing is that it turned out not to matter. As soon as the wolf was pried off the doorknob, without bothering to revisit the argument, politicians and voters went right back to interventionism. The more important something was, the more determined a majority was to have government do it, in ways that excluded market mechanisms.

Especially in Canadian health care. For the past two decades or more we’ve rushed from the pillar of decentralization to the post of centralization without anybody ever suggesting having money, even government money, go where patients think it should.

As I thought we’d established before there even was an internet, it’s vitally important that profits be allowed to reward success and punish failure because, under that system, when the price of something useful rises, people make more of it, and when the price of something useless falls, they make less. Which is the very definition of efficiency.

It’s not a devil-take-the-hindmost policy. You can subsidize people who can’t afford to pay market prices, in any area from education to housing to medicine. But you should do it in ways that empower low-income purchasers without changing the incentives in the system. We once knew that.

Some people still do. Even the Swedes let private hospitals compete for public money. Not us. Instead we cling to a system in which money goes where politicians and bureaucrats think it should. Which means to put out public relations fires, through rhetoric if possible and treatment if necessary.

As a result, if you’re really sick or badly hurt in Canada, you get fast high-quality care. Otherwise there’s an ugly headline. But if you’re sort of sick, or have a chronic condition, you’re out of luck especially when it comes to getting access at all. We’ve had notoriously long waiting lists for decades despite political blather about cutting them. But it’s a boring story. As is the fact that our hospitals are infamously overcrowded.

Half the problem in Canada is that patients are basically a source of costs, not revenue. The other half is that hospitals and doctors get paid fees set by the government for procedures, rather than making more money for doing what patients want the way patients want.

It’s a dang silly way to run anything, as we’ve known since at least the collapse of the Soviet Union. We know exactly what happens if you make cars, shoes, or operations that way. But we do it in the public sector anyway, from medicine to education. And now we’re staring down the barrel of an epidemic going, oh that’s weird, our hospitals are clogged.

The epidemic might not materialize, of course. This time. But it’s certain that one will sooner or later. And equally certain that a health system based on bad economics will provide bad care. But relax. If the world ends, we’ll monitor the situation.