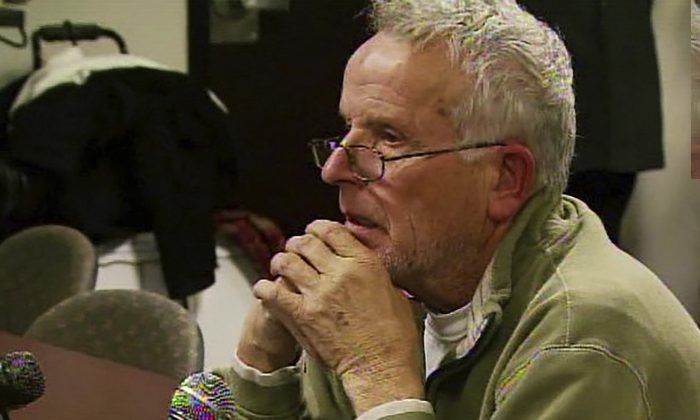 If Abortion Isn’t Murder, Why Mourn the Dead?

Over 2,400 remains of aborted babies were discovered at an abortion doctor’s garage last year. On Feb. 12, the aborted remains were buried with honor and reverence in an Indiana cemetery, where even the state’s attorney general, Curtis Hill, paid his respects.

“Dr. Ulrich Klopfer, who died Sept. 3 at 79, was one of the Midwest’s most prolific abortion doctors. He performed the abortions from 2000 to 2002, mainly in Indiana—a state with some of the nation’s toughest anti-abortion laws—at clinics in South Bend, Gary and Fort Wayne. He performed tens of thousands of abortions over 40 years, as the only abortion provider in the three cities. Most of the remains were found in the garage of his Illinois home, with others found in one of his vehicles.”

If we’re going to bury the remains of 2,411 babies with the respect they deserve, I think we do their short lives an injustice not to ask ourselves why?

Roe v. Wade made abortion legal, but with that ruling came a bevy of implications: Gestating babies aren’t fully human; gestating babies have no separate rights from their pregnant mothers—as such abortion wasn’t even really causing a baby to die, much less committing murder.

Of course, over the last 10 years, the culture has shifted on abortion. To the state of Indiana’s credit, as USA Today implied, they have restricted abortion considerably, demonstrating they do value unborn life.

The Guttmacher Institute shows Indiana requires an 18-hour waiting period and counseling before a woman can get an abortion, abortion requires parental consent if the mother is a minor, public funding only covers emergencies such as life of the mother, rape, and incest, and abortion is generally prohibited after 20 weeks.

It is right and just to honor the remains of the aborted unborn, but it’s a disservice to view the funeral as just an opportunity to mourn and not as a severe juxtaposition of values this country currently holds.

When the news initially broke that a doctor had hoarded aborted babies, more than just citizens of Indiana were saddened, if not also disturbed. News outlets covered it and compared him to Kermit Gosnell. The insinuation was that the discovery of the remains and the way they were kept like mementos were both grotesque. David Mastio at USA Today said it was a story “straight out of a horror movie.”

Of course the hoarding fetish seemed more overtly ghoulish than normal, but was the reaction just because of that? Even the fact that so many people were upset over the revelation should say something deeper about society’s innate, gut reaction to abortion as a tool for everything from birth control to eugenics. The reaction raises the questions: How can you kill something that doesn’t “die”? Why bury what can legally be snuffed out?

Even the most ardent pro-choice activist must realize that the disposal services of any Planned Parenthood essentially look exactly like the abortion doctor’s makeshift garage-cemetery. What, really, is the difference? If there isn’t one, why isn’t there one?

If we can’t explain the difference, we need to revisit Roe as more than just something that helps us define the legal and policy implications of abortion, but from a scientific, ethical, and moral perspective. The remains of 2,411 babies should be honored, but we need to ask why—and we need to press state legislatures and the court system to ask why, too—so eventually we never need to do that again.