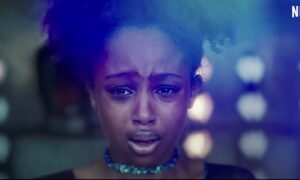 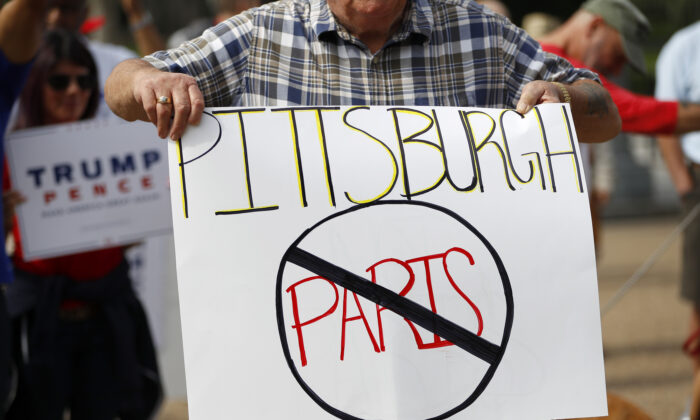 A demonstrator outside the White House holds a poster celebrating President Donald Trump pulling out of the Paris Climate Accord, in Washington on June 3, 2017. (Aaron P. Bernstein/Getty Images)
Viewpoints

Ideology in Science Is Destroying Trust

Science should never be tainted by ideology. After all, science isn’t supposed to be about political beliefs but is a powerful method for learning about and understanding the physical universe.

Science’s tools are decidedly empirical, i.e., observation, measurement, experimentation, falsification, and the like. To be effective, science must be pursued objectively. The point is to determine what is—not what one wants to be—real.

Which is why I am so alarmed that highly respected science and medical journals are becoming so political. For example, Science—one of the world’s most respected scientific publications—recently published a stridently ideological column advocating granting “rights” to nature.

The “nature rights” movement is a left-wing and anti-free market ideological faction within environmentalism. Its goal is to grant flora, fauna, ecosystems—even geological features—human-type rights, “to exist, persist, evolve, and regenerate its vital cycles in evolution.”

What are the scientific bases for granting “rights” to nature? There aren’t any.

“This claim is not grounded in scientific evidence,” the authors admit.

Then, why in the world would a prominent science journal grant its imprimatur to such a clearly ideological agenda? To lend its prestige to a radical cause—in short, politics.

Part of the jeremiad involves science funding questions, certainly a legitimate issue for a science journal. But mostly the complaints involved disagreements over ideology and politics. For example, Tollefson attacked the president’s immigration policies.

Of course, Trump’s unforgivable sin was pulling the United States out of the Paris Climate Accord:

“Most nations have vowed to press forward even without the United States, and the European Union has already helped to fill the leadership void by pressing nations to bolster their efforts, which China did on 22 September when it announced that it aims to be carbon neutral by 2060.”

Never mind that the USA has been among the world’s most successful countries at reducing greenhouse-gas emissions because of our bounteous use of natural gas—thanks to fracking, it should be noted, a prime target of the nature rights movement. That’s real science. Lauding China for making pie-in-the-sky promises 40 years from now, on the other hand, is laughable.

Nature cast aside all pretense of objectivity with a just-released editorial promising “to publish more primary research in political science and related fields.”

Wait! Political science is one of the humanities—like sociology and philosophy—an area of academic advocacy, which, not coincidentally, has grown stridently leftwing in past decades. It’s also subjective and almost definitionally ideological in its techniques, approaches, and conclusions.

That would appear to be the point.

“Science and research inform and shape a spectrum of public policies, from environmental protection to data ethics,” the editorialists wrote. For example, they can “commit institutions to work harder to protect equality, diversity, and inclusion, and to give more space to voices from previously marginalized communities.”

Those may well be laudable social goals. But they are hardly scientific matters.

Even the death of Justice Ruth Bader Ginsburg became political fodder for the journal. What does the death of a Supreme Court justice have to do with science? Beyond the editors sharing Ginsburg’s “commitment to social progress,” not that much.

The New England Journal of Medicine is even more egregious in its progressive political advocacy. Over the years, the NEJM has supported inserting doctors into the gun-control side of the Second Amendment debates, argued that doctors should indoctrinate patients about the dangers of climate change, and opposed religious freedom medical conscience rights for doctors, as just a few examples.

Most recently, an editorial advocating defeating Trump in the election because of COVID is so anti-Trump it went so far as to laud China’s response to the pandemic!

“China, faced with the first outbreak, chose strict quarantine and isolation after an initial delay. These measures were severe but effective, essentially eliminating transmission at the point where the outbreak began and reducing the death rate to a reported 3 per million, as compared with more than 500 per million in the United States.”

Are you kidding me? China caused the pandemic! The government lied blatantly about the infectious nature of the disease and prevented outside researchers from making direct observations. It arrested whistleblowing doctors who tried to warn the world of what was coming. Its “strict quarantine” measures included dragging people off the streets and locking infected people in their apartments.

Can you imagine the screaming if Trump had tried any of that?

At least the editorial against Trump dealt primarily with a medical issue. Not so a recent article attacking the natural gas industry—ostensibly as an effective means of fighting climate change—arguing that “new residential or commercial gas hookups not be permitted, new gas appliances be removed from the market, further gas exploration on federal lands be banned, and all new or planned construction of gas infrastructure be halted.”

“Okay,” you might concede. “Professional journals are editorially politically progressive. But they also publish peer-reviewed science papers, right? So why not ignore the politics and focus solely on the actual science?”

That’s a nice thought. But the toxin of political bias has a potentially deleterious impact on the objective science published within the pages of these journals. Think about it.

Who decides the articles that are worthy of being published? The editors.

Who decides which “peers” will perform the peer reviewing? The editors.

Why should we trust the same editors who are so blatantly political about a wide array of public policy issues to suddenly be objective and ideologically neutral when it comes to highlighting “the science” when such articles often have a material impact on policy?

And that’s a big problem. We are an increasingly ideologically divided society. When the scientific enterprise becomes political, when the sector’s most respected public organs promote partisan dogma as part of their perceived mission, trust in science itself becomes a casualty.