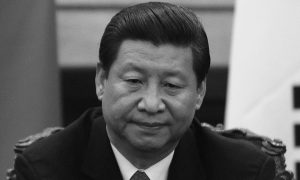 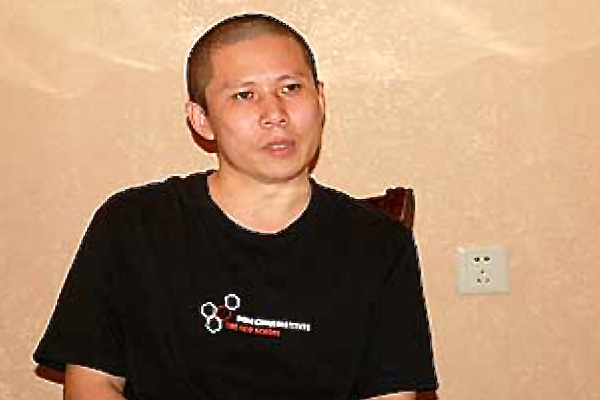 The latest hail of fire from the Party’s propaganda establishment against the hopes that China will soon become a country under the rule of law was let loose on Aug. 5 in the People’s Daily, the mouthpiece of the regime, with an editorial declaring that “constitutional government” was a mortal threat to China’s “people’s democratic dictatorship.”

The editorial followed another that was recently published in Xinhua, which said that if social turmoil ever came to China, the result would be worse than the collapse of the Soviet Union. Together these and other articles are understood to be an attempt by Party hardliners to make clear to Chinese intellectuals that there will be no negotiation about the nature of China’s political system, which is firmly in the hands of the Chinese Communist Party (CCP) at present.

The recent article, titled “‘Constitutionalism’ Is in Essence A Weapon of Public Opinion Warfare,” took up the theoretical question of what counts as constitutionalism, and whether any form of it would be suitable in China — even one that was “socialist” in nature. No, the author concludes, that would not do. “Isn’t socialist constitutionalism the best weapon to overturn the people’s democratic dictatorship?” He then added: “We must be alert.”

As on the previous occasions when the propaganda authorities fired an ideological volley, Chinese netizens engaged in heated discussions on Sina Weibo and other social media sites about the recent piece. Guan Yizhao, who identifies himself as an artist and critic, remarked: “If anyone still tries to spread ‘communist’ lies nowadays, that’s just too silly. Because there’s no single example worldwide that can prove it has anything respectable. Today, people of almost all constitutional countries you are against live very good lives.”

“If you say capitalist constitutionalism is bad, how come most countries in the world use it?” jabbed MyLittleChemicalRomance. “If socialism is good, how come socialist countries are fewer and fewer? If socialism is a universal truth, why don’t you try to overturn the US with such truth?”

Despite the rejection of the piece by netizens, the stance represented in the editorial appears to be in line with the proclivities of Xi Jinping, the leader of the Communist Party since November last year.

During a December 2012 tour to provinces in the south of China, Xi said that people should learn a profound lesson from the collapse of the Soviet Union. To dismiss the history of the Soviet Union and the Soviet Communist Party, to dismiss Lenin and Stalin, is to engage in “historic nihilism,” he declared. “It confuses our thoughts and undermines the Party’s organizations on all levels.”

The recent article, according to Wen Zhao, a commentator of contemporary Chinese political affairs with NTD Television, “is a declaration from the hardliners in the Party to tell the world that reform in China will absolutely not be in the direction that society commonly hopes for.” He added that “Party die-hards care less and less about showing that they can tolerate anything that harm their status and vested interests. It’s setting down the Party’s stance, and drawing a line that cannot be crossed, and also sends a warning to those inside the Party hoping for reform.”

Perhaps the most well-known article in the anti-constitutionalism series was written by Yang Xiaoqing, a Marxist legal scholar in Beijing, published in Red Flag Manuscript, a bi-weekly Party ideological journal. In one lengthy article, Yang argued that Socialism and constitutional governance are “mutually exclusive” and “practice demonstrates that the Socialist rule of law path is correct, and must be recognized as the path to stability.”

Rogier Creemers, a professor at Oxford University who has conducted extensive translation and analysis of the constitutionalism debate, characterizes the conclusions that drive articles such as Yang’s, and the more recent one, by saying that in the Party’s political project, “a utopian future is promised, and realizing this requires a scientific approach,” of which politics serves two main purposes.

The targets that need fighting are sometimes arrested from their houses and thrown into detention without trial. Xu Zhiyong, a prominent legal scholar and advocate of constitutional governance, was put under house arrest in May, and on July 16 was taken away by security forces. Over a dozen people associated with his project have been detained.

Xu is the initiator of New Citizen Movement, which calls for ending authoritarianism and “completing the civilized transformation” to constitutional governance.

An analysis published by Frankfurter Allgemeine Zeitung, a German media, called Xu’s arrest a watershed incident. His detention, it said, is a clear signal that in the People’s Republic of China calls for constitutional government will not be tolerated.